SheKnows Editorial, Candace Of Beth Fish Reads
February 8, 2013 at 9:00am AM EST
Share

February is chock-full of holidays, two of the most popular being fun-filled Mardi Gras and romantic Valentine’s Day. This month’s cozy mystery selections bring us chocolate, king cake and talking cats. 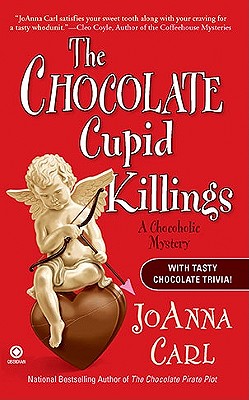 You’d think Valentine’s Day would be all about sweetness and love for Lee and her aunt Nettie, owners of TenHuis Chocolade, a candy shop in Michigan. But when a dead body is found in the alley behind the store, the holiday turns sour. In The Chocolate Cupid Killings, the ninth installment out of 12 in the Chocoholic Mystery Series by JoAnna Carl, the pair agrees to hire and hide a woman who has escaped her abusive husband, even lying to a detective hired to track her down. When the private investigator is discovered dead and the woman is nowhere to be found, suspicion falls on Aunt Nettie. It’s up to Lee to find their missing employee, clear Nettie’s name and save the holiday. Fun chocolate trivia and a sticky mystery keep readers engaged throughout. 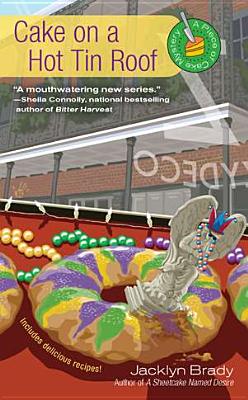 Cake on a Hot Tin Roof
By Jacklyn Brady

If it’s February, it must be Mardi Gras; and if it’s Mardi Gras, it must be New Orleans. For Rita Lucero, pastry chef and owner of Zydeco Cakes, life couldn’t be busier. Besides running the shop, she has to bake hundreds of seasonal king cakes, host a Mardi Gras party for her late ex-husband’s family and entertain her visiting aunt and uncle. Rita has it all under control until a well-known businessman is murdered, and he was last seen arguing with Rita’s uncle Nestor. With the craziness of carnival season and the busy bakery, can Rita find the time to solve the mystery? Cake on a Hot Tin Roof is the second entry out of three in the Piece of Cake Mysteries by Jacklyn Brady. Readers will love the descriptions of New Orleans, the excitement of Mardi Gras and the twisty mystery. 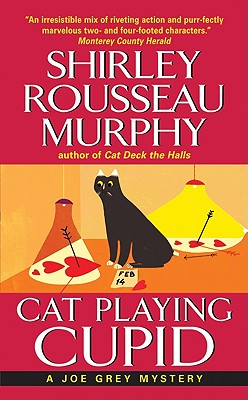 Cats and mysteries go together as naturally as hearts and Valentine’s Day. The Joe Grey Mysteries (now up to 18 novels) feature a group of special cats who have the ability to talk. In Cat Playing Cupid, the 14th in the series, feline Joe Grey couldn’t be happier that his human roommate is planning a Valentine’s Day wedding to his longtime girlfriend, Ryan. Unfortunately, the romantic plans may be put on hold when skeletons are found in the ground and in the closet, putting suspicion on Ryan’s family. Joe and his cat clan race against the clock, hoping to solve the murders before the upcoming nuptials are derailed. This complex mystery takes readers from northern California to southern Oregon and from town to country, while Joe hunts down clues and learns more about the history of his own astounding abilities. This cozy mystery is recommended for cat lovers and fantasy fans.

Crafty mysteries: A January roundup
Holiday mysteries for the cozy lover
All This Talk of Love by Christopher Castellani