The gang gets stuck in a few more fights than they bargained for, and everyone makes it out unscathed. Luckily, Ray turns out okay. 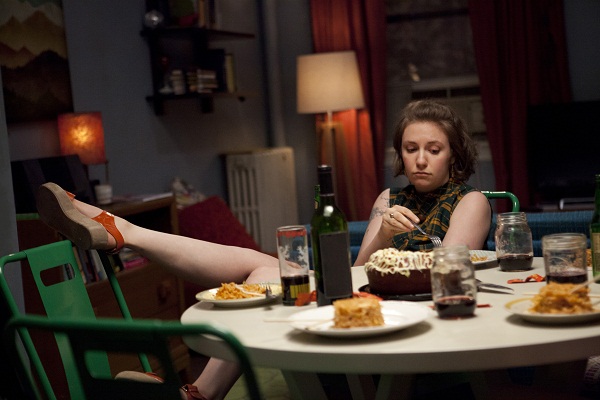 Some episodes of Girls can be a little too much to bear. (We’re tired of the Marnie vs. Hannah bad-friend drama and seeing Lena Dunham naked. Also, seriously, who makes $200 per freelance piece at Hannah’s age?) This was not one of those episodes.

In Dunham’s world, you see a lot of actions and not many consequences and a lot of frivolity without anything to back it up. Characters live in sweeta** apartments while working at coffee shops and galleries. They do awful things to their friends only to go out to dinner with them the next week. And they use their exes as cuddle buddies after crushing their hearts. This time, though, we saw some more realistic moments. 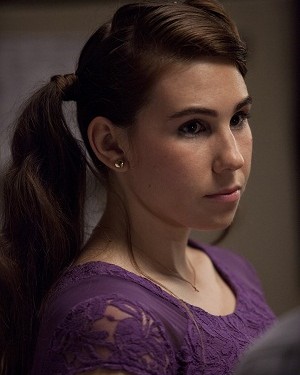 Round 1: Shosh vs. butt plugs

This episode must set some record for the number of times the phrase “butt plug” has been used in a single episode of a show. This moment was great for multiple reasons. Most importantly, it was great to see Hannah’s pull for attention with the butt plug confession completely turned on her by Shoshanna’s questioning of what, exactly, a butt plug is and why it’s important. Not all girls spent their college years hooking up with a gay guy… or even working on being experienced. Shoshanna’s naiveté is precious. It’s always nice when not every character on the show acts like a completely skeeze.

Round 2: Marnie vs. Audrey

This confrontation was amazing! Marnie (Allison Williams) is so stuck up, but who didn’t scoff at the mustard business? Audrey is the epitome of a hipster, and it was great to see Marnie’s sarcasm take her down a notch. Then again, it was also great to see Audrey verbally abuse Marnie. We especially liked the part when she made Marn clarify the “hostess” gig. Audrey was also right about Marnie’s feelings/self-centeredness toward Charlie. 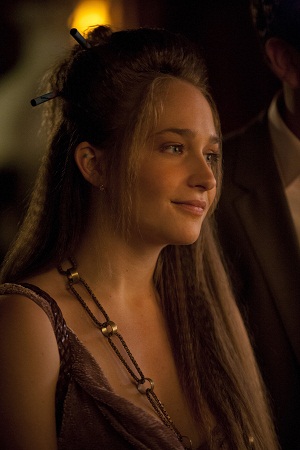 Can we talk about how emotionally awful all of Jessa’s scenes were? They were almost too much to take. Jess (Jemima Kirke) tried, as best as she knows how, to be decent at dinner. Clearly, her mother wasn’t the greatest example. Instead, she was accused of using Thomas-John (Chris O’Dowd) for his money. When they finally escaped his crazy parents, she expected him to be there for her, and instead he accused her of the same thing. We really think Jessa loves T-J — in her own weird way. She’s just a blunt, sarcastic and defensive person. When he laid into her, of course she was going to throw back the insults.

Her final scene? Gross. First, co-bathing with your friend? Do people do this? Mostly, though, the snot rocket was beyond disgusting. At the same time, she was super hurt, and — once again — Hannah wouldn’t allow her to just sob it out… she had to ruin things. (She could have just gotten out, then sat on the toilet to talk to her, letting Jessa enjoy her snot bath on her own.)

Here’s what we love about Ray: He’s real. Life sucks 90 percent of the time, and Ray doesn’t get to escape it because he has rich parents or is a slut. He takes the kicks and deals with them… by kinda sorta moving in with his adorably innocent girlfriend. There’s nothing wrong with being 30 and feeling like you’re still floundering. Trust us. We know. Welcome to life. He does have one good thing going for him, though, and that’s Shosh. Their confession of loving one another, during a dark, depressing moment in the subway, was neither overly romantic nor so nonchalant it seemed fake. It was real and relatable, and we approve.

And the winner is…

All in all, Dunham turned out a decent episode this week. We saw the characters not necessarily change but at least be impacted by the choices they’ve made and the words they’ve spoken. It was refreshing to see something a little more real (minus the co-bathing) and hope it stays this awesome.