Once America’s sweetheart, Amanda Bynes literally stripped off her good-girl image with a racy Maxim cover shoot. Now Bynes had to leave her NYC home — or face eviction. 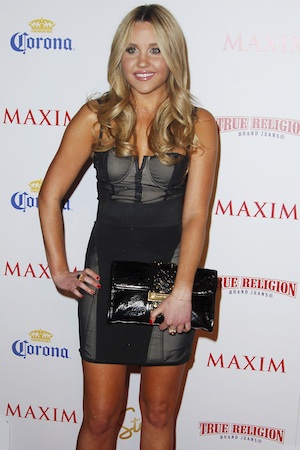 It’s hard to believe that just a few years ago, Amanda Bynes posed for the cover of Maxim. Now, Bynes had to leave her apartment — or else. Her landlord told the fallen teenage star to get out of her New York City apartment ASAP because she’s ruining the building’s atmosphere — and breaking lots of management’s rules — seemingly without care.

TMZ reported that Bynes received a letter from her landlord earlier this month explicitly threatening Bynes with eviction if Amanda didn’t leave on her own. On Friday, moving trucks were spotted outside her building. Guess she got message.

No surprise: This red-headed mess was recently evicted >>

The details surrounding Amanda Bynes’ almost-eviction involved drugs and noise. TMZ’s source says the letter explained that Bynes’ lease would be terminated because she was a “building nuisance” and that her penchant for smoking marijuana “morning, noon, and night” was simply too much for the residents and the nonsmoking building.

Amanda Bynes faced several legal issues over 2012, notably a DUI charge in April, despite the actress’ claim she neither drinks alcohol nor parties.

She told US Weekly back in 2007, “I don’t like to drink. I have definitely stayed out of the party scene. I’ve been offered to go to those parties, but I feel like I would be the one who would die if I did something.” Bynes added, “I don’t know how they think they’re going to live forever.”

Hmm, by 2010, perhaps Bynes had decided to change her ways. She started off the year with a racy Maxim photo spread and a decision to branch into more adult movie roles.

Bynes later said on her sexy spread, “Point is, it’s time for me to start making my own decisions.”