Lucky Christina Ricci! It looks like her newest beau liked her finger enough to put a ring on it! 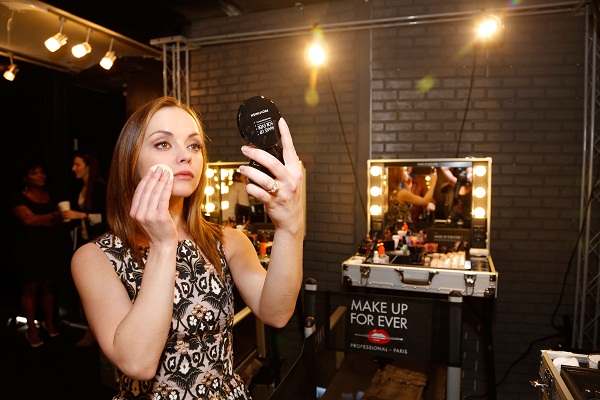 Despite the fact that Ricci has been rocking that three-rock ring since October, the actress has remained mum about the situation. Until this weekend, that is, when she fessed up to Us Weekly.

“Yeah,” the Pan Am beauty told Us Weekly. “[We got engaged] a couple months back.”

Ricci was previously engaged to actor Owen Benjamin, but the two split in 2009. Then, while on the set of Pan Am, Ricci met the gorgeous James Heerdegen, who works as a dolly grip. (Cinema trivia time: A dolly grip is the guy who helps control the camera dolly to make sure it’s at just the right angle or moves at just the right speed for the shot.) He’s worked on tons of movies, including Sex and the City, Friends with Benefits and Revolutionary Road. Though we think he’s cute enough to be an actor, too, if he wanted. The two have been dating since last February. 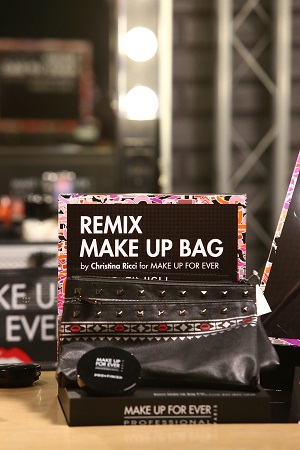 The confession came during the kickoff of the MAKE UP FOR EVER Make Up Bag Remix Tour, in which Ricci took part. The tour, which will travel all over North America this spring, will feature MAKE UP FOR EVER makeup artists who will offer attendees tips and tricks. The professional artists will even look inside consumers’ makeup bags and offer tips on how to use the products they already own, regardless of the brand. Pretty nifty, huh? Ricci even helped design MAKE UP FOR EVER’s Make Up Bag (available at Sephora). Hey! We want one!

So does the prettied up and newly engaged actress have any big plans for the upcoming Valentine’s Day? Not really.

“Honestly, I was trying to think of that before, I can’t remember a single Valentine’s Day!” she admitted to Us Weekly. “I personally just don’t think I’ve ever made a big deal about Valentine’s Day. I mean. I like to get like flowers.”

Hopefully her future hubby has some romantic ideas in store. After all, it’s their first V-Day as an engaged couple!

Ricci didn’t share any wedding date details with the magazine, so we’ll have to keep you posted on that. She’s taking life a little slower these days, though, and it seems like her schedule isn’t quite as cramped. Her next movie, Smurfs 2, doesn’t open until the summer. So she has plenty of time to plan something just right for her and James.

Images courtesy of MAKE UP FOR EVER and WENN