It’s already been confirmed that Spanish actress Monica Cruz is expecting her first child. Is her sister, Penelope, also expecting? 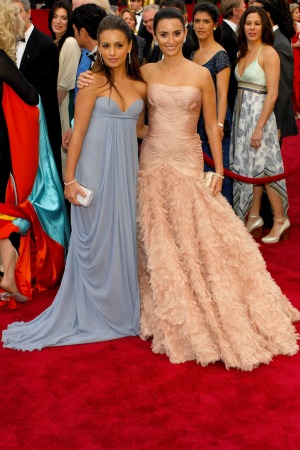 On Thursday, it was reported that Jessica Simpson and her BFF Cacee Cobb were going to be pregnancy pals. Now, it looks like sisters Monica and Penelope Cruz are in that same category.

Monica, Penelope’s younger sister, recently opened up to her fans that she is expecting her first child. What makes her tale even more fascinating is that she conceived via an anonymous sperm donor. She has been chronicling her journey on a blog for the Spanish newspaper El País.

In her article titled “My Life’s Dream,” she said, “So I’ve decided to talk about it: I have resorted to artificial insemination in order to get pregnant. I also wanted to talk about it because it is an opportunity to show my gratitude to all those anonymous donors that help a lot of women, like me, fulfill their lifetime dream.”

The 35-year-old expectant mother was worried about fertility, which is stressful for many women in that age group. She wrote, “A 40-year-old woman is very young and she feels very young but the maternity thing goes another way, it is measured with another clock that unfortunately we do not control. I’ve become very informed on the subject. It turns out that after 37 the possibilities of becoming pregnant decrease at an alarming rate.”

In an interesting turn of events, the New York Post is reporting that Penelope is expecting her second child with her husband, actor Javier Bardem. The couple already has a son, Leo Encincas, who was born in Los Angeles in January 2011.

The Oscar winner’s pregnancy has not been confirmed yet, so we’ll have to wait to see if the two sisters will be sharing pregnancy tips. However, it’s clear Penelope has enjoyed every minute of being a mother.

She told Vogue back in June 2011, “From the first second, you feel so much love. It is a revolutionary experience. That’s the best way I can describe it. It transforms you completely, in a second. Nature is very wise and gives you nine months to prepare, but in that moment, when you see that face, you are transformed forever.”

Besides pregnancy, the two sisters are working on a low-priced line of lingerie with Agent Provocateur called L’Agent. They will give birth to that lingerie baby in August.