The haunting death of Caleb Moore after his horrific crash is prompting ESPN to address the inherent and severe safety risks associated with the X Games. 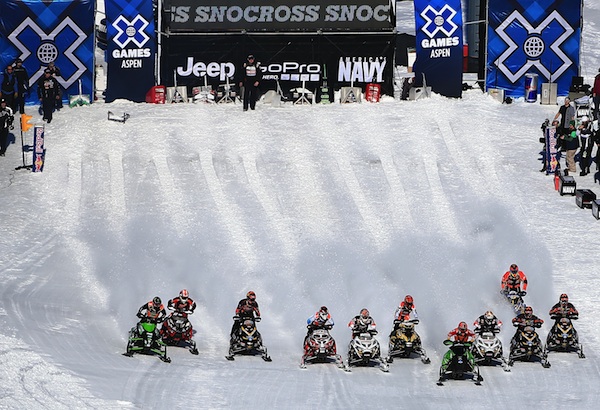 The tragic and untimely death of professional extreme athlete Caleb Moore on Thursday has prompted ESPN officials to take a serious look at X Games safety. ESPN promised the Moore family and future athletes that it would review the X Games to ensure the necessary safety precautions are in place and any necessary changes to improve safety would be addressed.

Said ESPN in an official statement released Thursday following the news of Caleb Moore’s death: “As a result of this accident we will conduct a thorough review of this discipline and adopt any appropriate changes to future X Games.”

However, CNN reports ESPN made clear the clean safety record of the X Games — Caleb Moore’s death is the first in X Games history since its inception in 1995 — and that the stunt Moore attempted before what would be a fatal crash was a trick he’d actually completed many times in prior sessions.

ESPN wrote, “…when the world’s best compete at the highest level in any sport, risks remain. Caleb was a four-time X Games medalist attempting a move he has landed several times previously.”

A near death crash at the Summer X Games >>

While we understand ESPN’s point of view that any sport contains risk, it is an obvious statement that attempting to flip snowmobiles — which average about 500 pounds — is an extremely dangerous sport. In fact, video of the crash that ultimately killed Caleb Moore shows the inherent danger of trying to maneuver a snowmobile while in the air.

The crash video shows that as Caleb Moore attempts to flip his snowmobile, the front skis get caught in the snow, effectively bucking Moore forward in a serious impact. While we enjoy the X Games and its adrenaline rush, the snowmobile event seems to push the envelope too far.

Caleb Moore was just 25 years old when he died Thursday in Colorado from a brain complication stemming from a cardiac injury. An online fundraiser has been setup through GiveForward to help aid Moore’s family with his medical bills.

Tell us: Are the X Games snowmobile events too dangerous?