To finish the hunter’s mark and find the cure, Stefan gets real with Rebekah and Elena and Jeremy trap Kol. 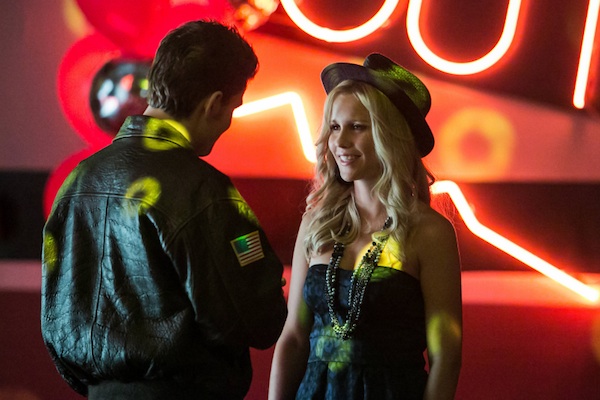 Stefan (Paul Wesley) wakes up in bed with Rebekah (Claire Holt) and later gets lectured by Elena (Nina Dobrev) for it. Wait, didn’t she break up with him and tear his little vampire heart to pieces? Maybe she should shut it. But, their sexual escapades aren’t important right now. The only thing that matters is completing the hunter’s mark and finding that cure!

One kill to save them all

Damon (Ian Somerhalder) spent most of the episode in the penalty box for wanting to kill Jeremy. But, he also served as a decoy while Elena and Jeremy (Steven R. McQueen) trapped Kol. If Jeremy kills Kol, then the hunter’s mark will be complete and they can all find the cure.

Their first plan is disguised as a truce, but the step up is a complete failure. They really couldn’t get it together. But, when Kol goes to Elena’s house to kill her and cut off Jeremy’s arm, that’s when things get real. Elena attacks him and Jeremy gets the upper hand when he sprays Kol with tap water that Bonnie’s dad poisoned. He then stakes Kol in the heart and he bursts into flames. It was a rather violent demise.

Almost immediately Klaus (Joseph Morgan) shows up and, well… he’s a little angry about it. He wanted to take care of Kol on his own terms. He then tries to go after Elena and Jeremy, but Bonnie shows up and uses her expression magic skills (even though her parents told her not to, that rebel) and locks Klaus in the kitchen behind an invisible wall. They have four days until the spell breaks and Klaus is free, so they need to get a head start searching for that cure.

Stefan has spent the evening trying to woo Rebekah to get her dagger and for a little while she falls for it. When the school dance is canceled, Stefan takes her to the empty auditorium (filled with 99 red balloons), plays 80s music, and references movies like Say Anything to sweep her off her feet. Rebekah lets her guard down and confesses she is looking for love and that she may be more interested in Stefan than she let on last week.

When Rebekah does realize he’s only after the dagger, she pulls the knife out and… hands it to him? To Stefan’s surprise she doesn’t fight him for it. Instead, she explains that she wants a guy to love her so much he’ll stand outside her window with a boom box (or, you know, maybe an iPad with some speakers?). Basically, she just wants to be human. Now she’s on board to help find the cure.

The mark is complete

The hunter’s mark is complete on Jeremy’s arm and he dramatically tears off his shirt with a Hulk-like scream to show everyone. They didn’t seem to think that was weird. Along with Rebekah’s dagger, they now have everything they need to find the cure. They just need to get there before Klaus breaks free and sabotages them.