The newly single singer is enjoying life, and when asked who she wants to kiss, she didn’t hesitate. 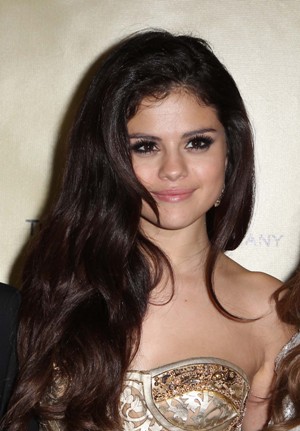 Selena Gomez is newly single and seemingly loving it. The actress/singer is looking to her future and is excited about every aspect of it. She is currently on the cover of Nylon magazine and sat down with Extra to chat about it.

“I had such a good time taking a year off and just focusing on movies and acting,” she said, speaking about her next film, Spring Breakers, coming out in March.

Gomez has also been in the studio working on her next album and is happy about the music she is recording.

“I’m continuing to want to do more of that, but I’m having so much fun with music, I’m excited for everyone to hear it,” she added.

Music is nothing new to Gomez. In fact, it seems like her first passion. This album will be her fourth. And even though she has done more than many will do in a lifetime, she reminds everyone that she is still very much a child. The 20-year-old still lives at home and has no plans to move out any time soon.

“I don’t know, I love being at home,” she told Terri Seymour with Extra. “I love my family… love being able to see my mom whenever.”

The host told Gomez about a recent interview that the boy band One Direction did where they said they wanted to kiss her and she seemed shocked.

“What, when did they say that?” she said. Then added, “That’s really nice, I love all of them, they’re so sweet, they’re really good guys.”

But Seymour asked Gomez, if she had to choose one of the boys to kiss, who it would be.

“Oh no, Zayn!” she responded, laughing.

Gomez’s Extra interview airs Thursday night, and her issue of Nylon is out now. There is not yet a release date for her new album.