Ready for another dose of high-octane action? This May, Universal Pictures will release Fast and Furious 6. It’s the new sequel in the long-running franchise and we’ve got the dirt on their latest caper. 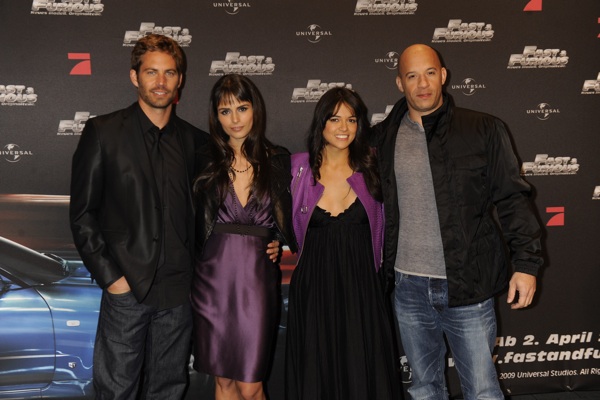 As expected, another Fast and Furious sequel is heading our way. In 2011, the fifth installment, aptly titled Fast Five, became the highest grossing in the series. The film earned over $626 million worldwide.

Confirmed: Fast and Furious 6 and 7 are coming >>

This summer, Universal is releasing a sixth film, the title of which is currently under lock and key. The name may be a mystery, but the story’s not. The studio unveiled the plot synopsis, which clues us in on the gang’s new adventure.

Once again, Paul Walker and Vin Diesel will reprise their roles as Brian and Dominic. They’ll be joined by Jordana Brewster, Michelle Rodriguez and Dwayne Johnson alongside newcomers Luke Evans and Gina Carano.

Check out the details below (via ScreenCrush):

Since Dom (Diesel) and Brian’s (Walker) Rio heist toppled a kingpin’s empire and left their crew with $100 million, our heroes have scattered across the globe. But their inability to return home and living forever on the lam have left their lives incomplete.

Meanwhile, Hobbs (Johnson) has been tracking an organization of lethally skilled mercenary drivers across 12 countries, whose mastermind (Evans) is aided by a ruthless second-in-command revealed to be the love Dom thought was dead, Letty (Michelle Rodriguez). The only way to stop the criminal outfit is to outmatch them at street level, so Hobbs asks Dom to assemble his elite team in London. Payment? Full pardons for all of them so they can return home and make their families whole again.

The first trailer for Fast and Furious 6 will air during this Sunday’s Super Bowl. Not only will we see footage from the film, but we’ll learn its official title.

Fast and Furious 6 is scheduled to hit theaters May 24.