Tonight’s the night! 30 Rock is coming to an end and we’re sure it’s bound to be a funny one. 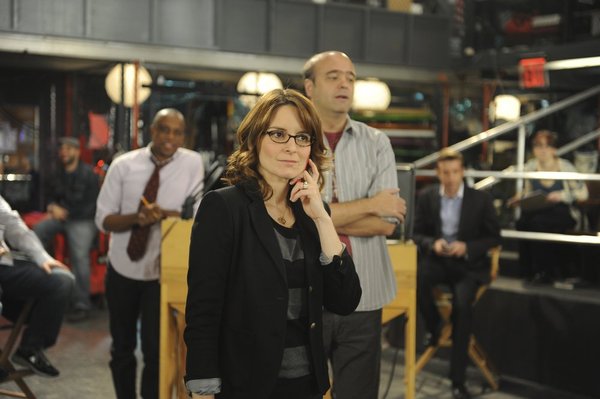 The series finale of 30 Rock airs in a matter of hours and fans everywhere are dreading the end. How can we possibly be expected to properly mourn a show when we know for a fact they’re going to do their best to keep us laughing for the hour-long special? In order to help you make the show last just a little bit longer, we thought we’d share some of these awesome behind-the-scenes tours and on-set interviews with the cast.

Related story Donald Trump Jr. Has Reached a New Low on the Scale of Human Empathy

First up, ever wonder what all that crap was in Lemon’s office? Contemplate no more! Liz Lemon herself, Tina Fey, gives us a tour of her office, complete with sharing some of her favorite memories of recording there.

Awww! We love that Tina keeps pictures of her daughter on Liz’s bulletin board.

According to Jack McBrayer‘s interview with Xfinity, no one really knew exactly how the show would end, even as they were recording the finale. Maybe that explains all the weird ideas the cast and crew has for how the show will end!

One thing: We disagree, Jennifer Truelove! Liz and Jack should end up together… even if it’s just a hint at something or an accidental thing where it happens and they like it, but they immediately write it off because they know it’s better that way.

You can also find out what Tina predicts for Lemon’s future and the future of her friendship with Jack (Alec Baldwin). She also talks about how some characters started off as an afterthought and each became their own entities (Griz and Dotcom, for instance). And, believe it or not, even for a comedic genius like Tina it was still hard to find proper endings for some of the characters.

Are you prepared for the end? We aren’t, either. But we’re in this together, 30 Rock-ers!