Oliver stops at nothing to bring down the man responsible for unleashing dangerous drugs in Starling City. Not even a bad high is gonna stop this guy. 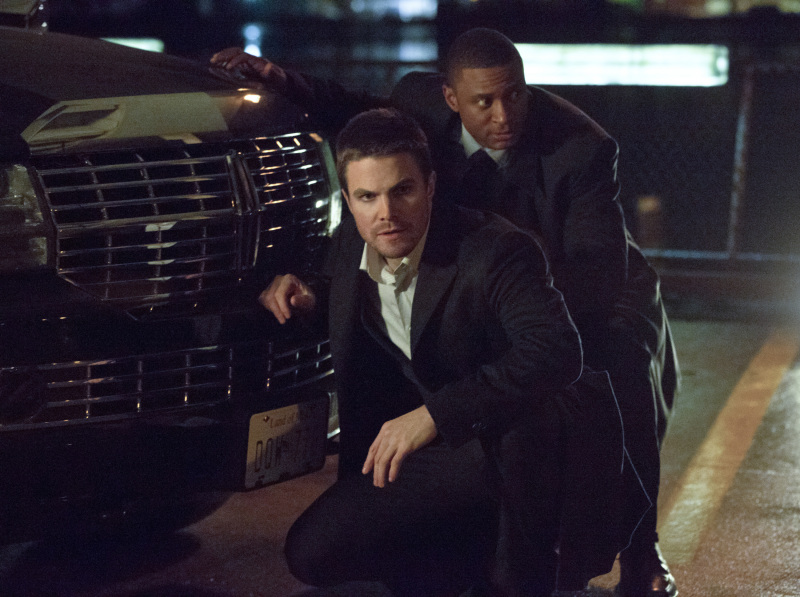 After Thea’s (Willa Holland) arrest and the Vertigo drug issue from last week, Oliver (Stephen Amell) is only interested in bringing down the people responsible for bringing Vertigo into Starling City. Dressed as the Hood, he chases down a low-level thug who quickly tells him to pursue the crazy drug lord, the Count.

Oliver and Diggle (David Ramsey) work their butts off to find the Count and when they finally do, the police show up and ruin it all. Super lame. Apparently the cops have been on his tail for a while now so Oli’s coming in pretty late in the game. But he still chases down the Count and manages to get injected with the trippy Vertigo drug.

This drug can be crazy lethal. We know it’s trouble because the CW played dubstep on the preview. Not only could Oliver never “come down” from his high, but he could do dangerous things. The snitch who turned in the Count to the Hood actually shot himself while he was on it.

While Oliver is insanely and miserably high, Dig manages to drag him back to their superhero lair and gives him a concoction that helps him sober up. Oliver has a wicked hangover, but he’s ready to get back out there and find the Count.

Back on the streets, the Hood takes down bad guys left and right until he reaches the Count. But then, the police show up again and ruin his plan! When will they learn to just leave all the crime fighting to the masked vigilante? Before the Hood tosses over the Count, he injects him with Vertigo so he can suffer on the drug he helped create.

With the Count of the way, Oliver finally meets the beautiful tech-savvy assistant, Felicity Smoak (Emily Bett Rickards), for that cup of coffee he promised weeks ago. She hands over Moira’s little black book Walter gave her. She explains Walter was suspicious of Moira and it was around this time that he disappeared. So, finally — and we mean finally — Oliver gets a clue that his mother may be one of the bad guys. We can’t wait to see his reaction when he finds out she was in on sinking his father’s boat.

The Starling City judge decided to make an example out of Thea and sent her case to trial. So Laurel (Katie Cassidy) offered her a deal to work in an office instead of go to jail. Pretty sweet exchange for drug abuse. Even though Thea should have jumped at it, she decided to be a brat about it for a while first — and then of course she took the deal. So there will be no Queens going to prison… at least not this week.