Want to celebrate Presidents Day with some themed reading material? A biography of Washington or Lincoln would certainly be appropriate, but with kids out of school for the holiday, a big, thick, serious biography might be a little difficult to get into. Enter Julie Hyzy and her charming White House Chef series.

The White House Chef series follows (fictional) chef Olivia Para — Ollie to her friends — through her career working in the White House kitchen. As the series opens, Ollie is the White House assistant chef, but her boss and mentor is retiring. It seems that Ollie is a shoo-in for the position of head chef, but to get the position, she’ll have to go up against a cooking school rival turned television personality.

If all that isn’t complicated enough, Ollie seems to have a special talent for getting herself into trouble. The White House Chef books are cozy mysteries, so they are solved by someone who is not a member of law enforcement (Ollie the chef, in this case), and they are not gory, despite the fact that people tend to end up dead. 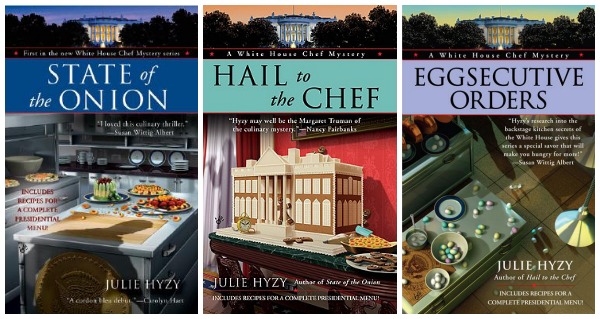 In each story, there are two main issues, which usually end up entwined. First, there’s something personal or professional going on for Ollie, such as her competition to become head chef in State of the Onion or her attempt to find out what really happened to her dad in Fonduing Fathers. The other is some sort of death or mystery that is tangential to Ollie’s life, like the alleged bombs being planted in the White House in Hail to the Chef or the attempted poisoning of the president’s children in Buffalo West Wing. Hyzy is extremely skilled at making Ollie’s investigation of these events believable, despite the fact that she is surrounded by the Secret Service, and readers are kept invested in her continued safety by her engaging personality and peeks into her personal life.

The White House Chef series has incredibly strong writing and is among the best cozy series out there. Hyzy does a phenomenal job keeping the storylines fresh, despite a setting (the White House) that might initially seem limiting. In addition, Hyzy shows her readers a side of the White House that is almost never seen, painting a portrait of those who serve the president’s household. Readers are introduced not only to the kitchen staff but also to the chief steward and a myriad of other nonpolitical White House employees, making any book in this series a fabulous Presidents Day read.

What are you reading in honor of Presidents Day? 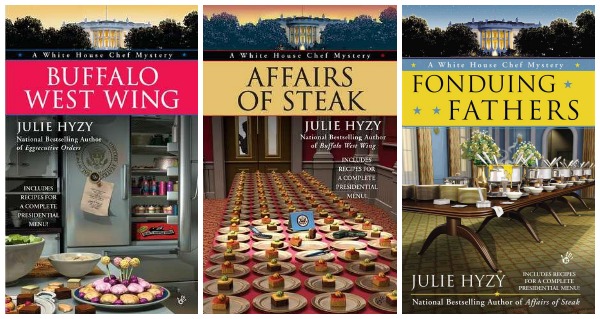