Most rationally minded people rejoice when they hear a couple is having a baby. So why do we inwardly cringe when we hear that some couples are in the family way, especially if the dad is of an age that would make conceiving impossible if he were a woman? 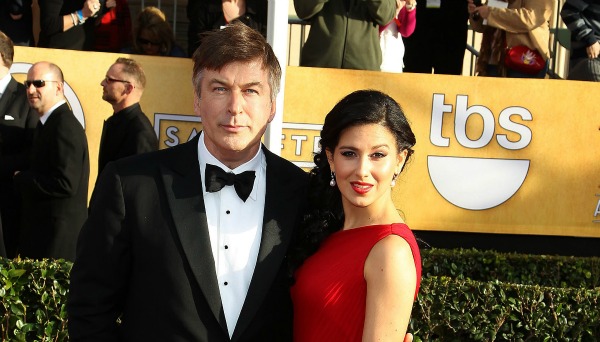 While the Baldwin camp is not confirming nor denying baby rumors, recent photos of the newly-married Hilaria Thomas appear to reveal a baby bump. Will this be another mistaken identity of a food-baby, or is the 28-year-old wife of the 54-year-old Alec Baldwin expecting? We are still sort of trying to wrap our heads around Baldwin marrying a yoga teacher who is 26 years younger than him, so we responded to baby news with an “ewww” face. We must remember that Baldwin’s 17-year-old daughter Ireland, from his marriage to Kim Basinger, told Page Six Magazine that she’s “always had a great relationship with her dad,” even if he does pop off and call her a thoughtless little pig occasionally. 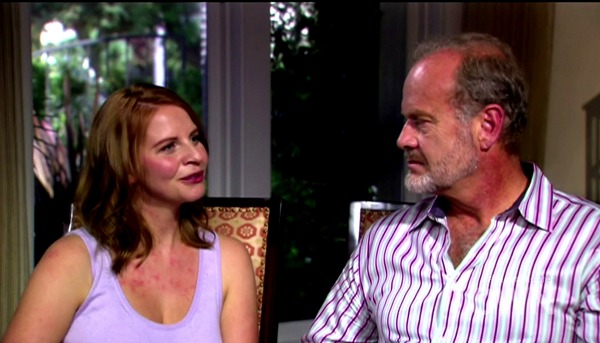 When Kelsey Grammer dumped Camille Grammer more or less as The Real Housewives of Beverly Hills cameras were rolling, we couldn’t help but smirk. Camille came across as a typical Beverly Hills overindulged, superficial ninny who fretted over her first world problems, like how to manage all her nannies. But when Kelsey, 57, publicly announced that his flight-attendant mistress (who happened to be 25 years younger) was pregnant, we stopped smirking. No one, not even fame-hungry Camille deserved such a slap in the face. Kayte has since become Grammer’s fourth wife, and the couple have gone on to have baby Faith, whom they took to a Halloween party at the Playboy mansion in Oct. 2012. Does a midlife crisis get any tackier? 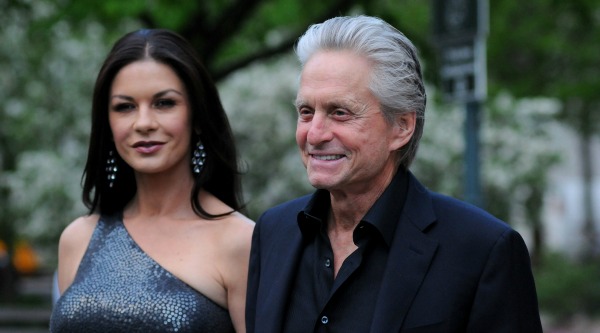 Michael Douglas annoyed men everywhere when he married the stunningly beautiful Catherine Zeta-Jones in Nov. 2000. Many scoffed at the 25-year age difference and assumed this would be another Hollywood marriage that would be over before we could say “high-powered divorce attorney.” Boy were we wrong!

Michael and Catherine have been married for 12 years, they have a son and daughter and have helped each other through challenges that may have ended other marriages. As Michael put it in an interview with Oprah in April, 2011, “My oldest son is in federal prison, my ex-wife is suing me, and I got cancer. It’s kind of hard for the wife to say, ‘I’m depressed.'” Douglas was referring to Catherine’s bi-polar diagnosis. This couple proves the old adage, “You can usually, but not always, judge a book by its cover.” (Okay, we updated the old adage a bit.) 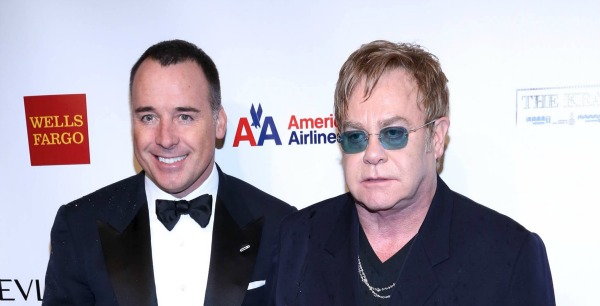 Elton John and his partner, David Furnish, are “only” 15 years apart, making them barely eligible to be singled out for their age difference. The fact that this couple has two small children doesn’t make us say “ewww” so much as it makes us wonder about the future of the babies. Elton John was 65 when their second son was born, and David was 50 — making them older than some grandparents of newborns. Is it fair for folks who have lived a full and rich life to “experience parenthood” at an age when most are starting to cash out retirement funds? When Elton and David’s two young sons go to school, explaining why they have two dads won’t be a big deal. But explaining why they have two dads on oxygen and in wheelchairs might be!