Tyler Perry’s generous ways have backfired. While an occasion such as Oprah Winfrey’s birthday requires a lavish gift, we’re not sure bragging about something so extravagant it hurt the recipient is good form. 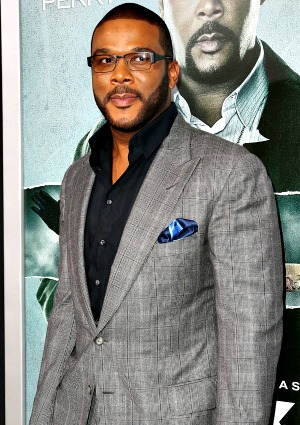 Tyler Perry wants you to know that his birthday gifts are so grand they’re dangerous.

Sharing with Facebook fans that the mighty bush he bestowed on Oprah Winfrey did more harm than good, he shouted on Facebook Wednesday, “I FEEL SO BAD.”

Caps-lock key off, the message from Tyler Perry humble bragged, “I like to send really large flower arrangements to people for whatever occasion.”

“Well, I sent one to Oprah yesterday for her birthday. She strained her back picking it up. No joke!”

Thousands of comments have since been left on Tyler Perry’s Facebook page, which boasts over 8 million fans.

One person inquired,”Well DANG Mr. Perry you send her a tree or something?”

Another, hoping to get a mighty arrangement of her own, tried, “I like really large flower arrangements my bday is next month, I promise to bend my knees [before] picking them up.”

Sadly, Tyler Perry’s back-breaking bouquet wasn’t the only trouble the 59-year-old had on her special day.

Oprah, the celebrity whisperer: Did they really just say that? >>

Responding Tuesday to one Twitter user who said she looked “old as hell” on Oprah’s Next Chapter, the media maven inquired, “Old as Hell? Really?”

Ignoring further comments on that subject, Oprah Winfrey thanked those who’d been kind with their words, sharing, “Thanks everyone for your birthday wishes. Enjoying lunch with Stedman. No plans to leave p.j.’s all day.”