Who will you miss more after 30 Rock ends: Liz, Jack, Tracy or Kenneth? If your answer is Kenneth, you’re going to like this juice. (If your answer isn’t Kenneth: What’s wrong with you?!) 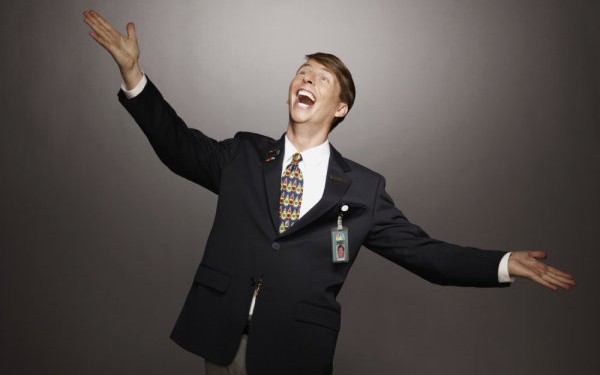 As the 30 Rock finale looms ever closer, XfinityTV.com got the chance to chat with Jack McBrayer, the actor who plays the adorably loving and somewhat idiotic page on 30 Rock.

The comedian admitted that things always felt tenuous on the show, so to a certain extent he’d been preparing for the end since the very beginning.

“To be honest, we never expect it to last this long,” he told Xfinity. “We realized we were underdogs and had to keep proving ourselves. Even after the pilot, I remember thinking, ‘This might be it. It’s the last time I’ll ever see these people. Enjoy the yogurt-covered pretzels at the craft service table because you may never see those again either.” 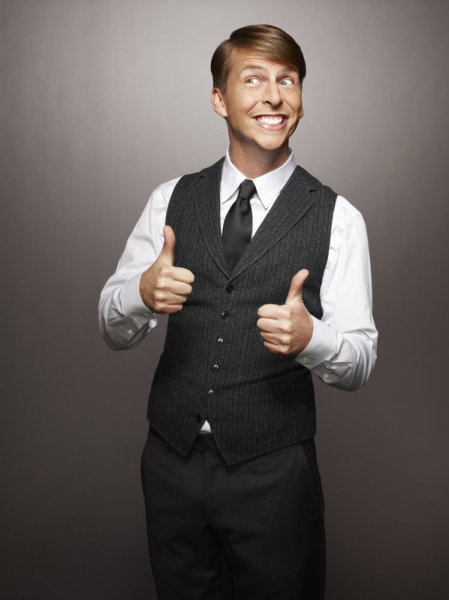 When the end finally came, though, things were different and the room was definitely flooded with emotion.

“People were crying all the time for the two or three weeks leading up to shooting them (the final episodes) and I remember feeling this sense of closure, that it really was the end,” McBrayer described. “People got emotional over different things. Jane Krakowski was crying because she hated her wardrobe… just kidding!”

The emotional outbursts were scattered because most people didn’t know which scenes were their last for the show. McBrayer told Xfinity that they shot the final episodes like a movie, out of order, and left it to editing to put them in their final spots. It wasn’t until later that anyone knew exactly how the final episode would turn out. Tears were also probably brought on by all the gift giving on set as friends said goodbye. Aside from gifts between castmates, the crew also gave out gifts to the cast.

“We also got some goody bags with fake props we used over the years,” McBrayer explained to Xfinity. “I got some Stone Mountain mementos, since that was where Kenneth was from. And a few days ago, I got an NBC page jacket in the mail. It was a nice little piece of Kenneth memorabilia. Plus, I can wear it to my job interviews at several restaurants in town. I do hope my path will cross again with everyone I worked with on 30 Rock but I could use the jacket to look good when I’m clearing away Jane Krakowski’s martini glass.”

Aww! We’re sure Jack McBrayer is on his way to even bigger and better things. However, if by chance you’re in a restaurant and you think you’re being waited on by Kenneth the page, please remember to tip!