Proving that the producers are pulling out all of the stops for this year’s Oscar ceremony, it was announced on Wednesday that Barbra Streisand will step on that stage. It will be her first Oscars performance in 36 years. 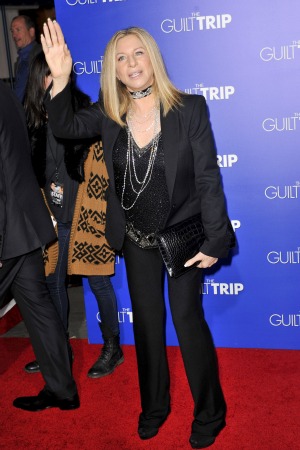 If you thought that Adele and Norah Jones were enough to make you watch the Oscars this year, how about adding Barbra Streisand to the mix?

In breaking news on Wednesday, it was announced that Streisand would perform on the show for the first time in 36 years.

The last time viewers saw Streisand up on the Oscars stage, it was 1977 when she sang the love song “Evergreen” from the movie A Star is Born. The nominated song earned her a second Oscar alongside composer Paul Williams. Her first Oscar came in 1968 for her performance in Funny Girl.

Executive producers Craig Zadan and Neil Meron said in a statement, “In an evening that celebrates the artistry of movies and music, how could the telecast be complete without Barbra Streisand? We are honored that she has agreed to do a very special performance on this year’s Oscars, her first time singing on the show in 36 years.”

One big question remains: What will she sing? Adele is there for “Skyfall”, Norah Joned is performing the theme song from the movie Ted, and there is a tribute to movie musicals including Les Misérables, Dreamgirls, and Chicago. It is rumored that the cast of Les Mis will be joining the star-studded lineup, but there has been no formal announcement yet.

Streisand has been back in the public eye quite a bit in the last year. She toured North America in her Barbra Live show along with co-starring on the big screen with Seth Rogen in holiday movie The Guilt Trip.

The acclaimed singer is also a widely known director and has a film titled Skinny and Cat for 2014 on her schedule. The movie will follow the marriage of photographer Margaret Bourke-White to novelist Erskine Caldwell. Currently, Cate Blanchett and Colin Firth are scheduled to star in the Streisand-helmed film.

The 85th Annual Academy Awards will be broadcast live on ABC on Feb. 24.