It really is happening. The Entourage movie is on its way. Warner Bros. is adapting the former HBO comedy into a feature film. 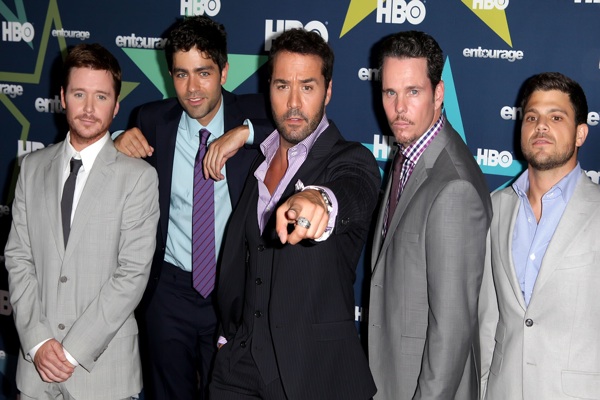 The boys are back in town for Entourage: The Movie. The long-running HBO series is getting a second life on the big screen. Rumors have been floating around for ages, but nothing came to fruition — until now. Tuesday night, Warner Bros. gave producers the green light.

Deadline is reporting that Entourage creator Doug Ellin will direct the film from a screenplay he wrote. The story will take place six months after the series finale. At the moment, the show’s primary actors are working out deals to reprise their roles.

Adrian Grenier on Entourage and “the fame, the money, the glitz, the glam, the girls” >>

Entourage the Movie: The Next Hangover? >>

It’s still early in the pre-production stage, so a start date hasn’t been set. It’s hard to believe it’s been nearly two years since the last episode of Entourage aired. The series originally ran on HBO from 2004-2011. Each week, it took viewers inside the lavish and ludicrous world of Hollywood.

It was a one-stop shop for celebrity cameos for everyone from James Cameron to Bono. During the earlier portion of its run, it was a critical darling. Piven scored four Primetime Emmy nominations with three consecutive wins. When it was hot, nothing could beat it.

Do you want to see an Entourage movie?