New Girl fans know the latest episode was downright monumental. Now I’ll rehash it for you. Because I can… and I know you want it. 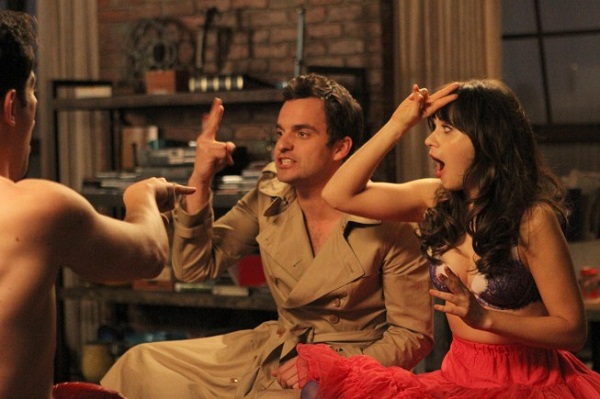 New Girl fans have waited for this episode for a season and a half. Nick (Jake Johnson) and Jess (Zooey Deschanel) have finally kissed! And to think that just three minutes out we didn’t think it was going to happen. We don’t usually recap New Girl — it’s such a short show — but tonight seemed like a special occassion.

The episode started off with Nick calling Jessica a “cooler”, because she has awful timing and tends to ruin his steamiest moments. She swore she wasn’t, of course. The boys decided to go out to a club and Nick completely downplayed the event so that Jess wouldn’t tag along. She ended up doing all sorts of Jess-like things by herself at the apartment… including dressing a melon up to look like Nick. 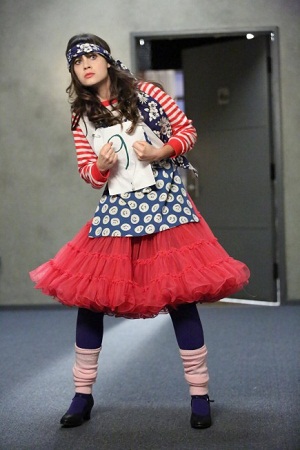 Later, when she hears scratching at the door, she freaks out and calls nearly everyone in her cellphone’s contact list. Like always, Nick talks to her and comes to the rescue… despite the fact that he was near closing the deal with a hot girl he met at the bar.

Nick, Winston, Schmidt (Max Greenfield) and two girls from the bar show up to “rescue” Jess. When Jess realizes she’s messed things up with Nick, she tries to fix it with a (typically) elaborate plan to get them back together. Somehow, though, it ends up with her and Nick trapped behind her bedroom door, the rest of the party chanting for them to kiss.

They almost do. Multiple times. Until Nick bellows, “Not like this!”

It’s adorable and super swoon-worthy. But, he quickly ruins it by trying to play it off. In his defense, I’m not even sure Nick realized his feelings for her until that very moment. In an attempt to escape the awkward moment, he climbs out of the window.

After the commotion dies down, everyone heads to bed including Jess… with Sam. It really looked like it was going to end right then and there. Then, of course, the scratching at the door returns and it’s Nick that Jess calls for help.

Then this happens… (we’ll post a better video as soon as we have one).

What do you think? Will this be the beginning of Nick and Jess’ relationship… or are they going to pretend it didn’t happen for the sake of “saving their friendship”? Tell me everything!