Gina McDonald is a contestant on NBC’s reality weight loss show, The Biggest Loser. As millions of people watch her and the other contestants struggle to survive fitness challenges each week, Gina will share her personal thoughts, obstacles and hopes on SheKnows to give readers a better glimpse into the life of a Biggest Loser contestant. 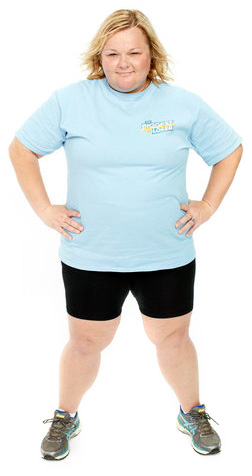 Jill is the boss. Don’t forget it!

Gina McDonald is a contestant on NBC’s reality weight loss show, The Biggest Loser. As millions of people watch her and the other contestants struggle to survive fitness challenges each week, Gina will share her personal thoughts, obstacles and hopes on SheKnows to give readers a better glimpse into the life of a Biggest Loser contestant.
Hi everyone! I am so excited to share my journey on The Biggest Loser with the SheKnows readers each week. As those of you watching at home may know, we have already finished week five on the ranch. When I first auditioned for the show, I found myself at rock bottom. I knew I needed a change because I found myself weighing in at 245 pounds. I never thought I would be there and just couldn’t get it together.

I can’t tell you how hard the workout was the very first day. Bob Harper, the Blue Team’s trainer, had us on the row machine and within 2 minutes I had a 444-pound big man (Michael Dorsey) falling on me! I thought “these people have lost their minds!” Little did I know that was the easy part of the workout. At one point Bob had us running up and down the mulched pathway from the house to the gym with 20-pound medicine balls… at that point I considered making a run for it!!

The most challenging part of being on the ranch was overcoming the emotional and mental aspects of my life. I thought I would show up, work hard, eat right and lose weight. Little did I know that the secret to my weight loss and lifetime of obesity was buried well below the layers of fat! I had to start peeling those layers off hour by hour each day. Trust me… becoming vulnerable and exposing your emotional side day after day was a lot harder than any workout or wearing a sports bra in front of 8 million people each week! 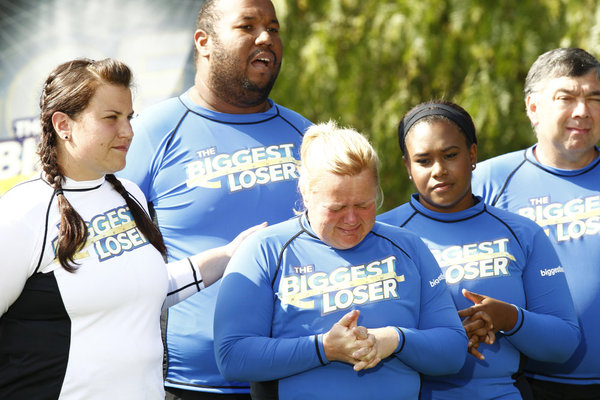 It feels great to know that I am getting back on track for my family. Believe it or not, absence has made our relationships closer. I have an amazing husband, who although he is 15 years younger than me, has helped me raise my two children as his own. It has also been helpful that people like Danni Allen have become my surrogate family on the ranch.

As for my behind the scenes thoughts on all the trainers: Dolvett has that sly come-over-here grin then he yells at you like a drill sergeant. Bob is like a long-lost brother to me… and on most days I wish he was still lost! No, really, Bob and I have a brother-sister thing going and we each know what buttons to push! Jill, where do I begin? She is the boss of the gym and don’t you ever forget it! Like Dolvett said, she built this house and, let me tell you, she can train you like no other.

I want people to understand and BELIEVE that little steps each day WILL change their life! After five weeks, I am already down to 197 pounds! Can you believe it? If I can do it, anyone can do it! Our Blue Team has been safe from elimination so far, but you’ll have to tune in to see if we stay safe next week.

Be sure to check back every week to hear Gina’s thoughts on the most recent episode!

Alpha example: Jillian Michaels embraces partner and parenting
Alison Sweeney joins the Mommalogues
The Biggest Loser trainer: Fat is all in your mind