Ashely Judd is getting a divorce! The actress and Dario Franchitti, who have been married nearly a dozen years, have “mutually” decided to end their marriage. Read their statement below. 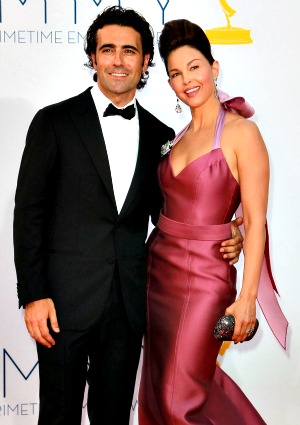 Ashley Judd‘s marriage has run off track, tanked, hit the wall, if you will. After 11 strong years as man and wife, the actress and racecar driver Dario Franchitti are getting a divorce.

Going public with the news of their split, the pair released this statement to People on Tuesday:

“We have mutually decided to end our marriage. We’ll always be family and continue to cherish our relationship based on the special love, integrity, and respect we have always enjoyed.”

The star’s sister, singer Wynonna Judd, served as maid of honor, while the groom’s brother Marino was the best man at the private ceremony held in Scotland.

Judd and Franchitti do not have any children together, though she once commented of the possibility, “I think that, as with marriage, you just know when it’s time to have kids.”

Regarding life and marriage in the public eye, she previously explained, “Both my husband and I give a lot of ourselves in what we do because that is our public lives; but in my private life, I have an intrinsic right to be left alone.”

As news of their split hit the press Tuesday evening, the actress tweeted, “Family forever. @dariofranchitti.” No comment yet from the racecar driver’s personal account.

Are you surprised by news of Ashley Judd’s divorce?