Sin City: A Dame to Kill For has found its star. Eva Green’s snagged the part of the lethal lady who’s at the center of the sequel. Her casting was made official on Tuesday afternoon. 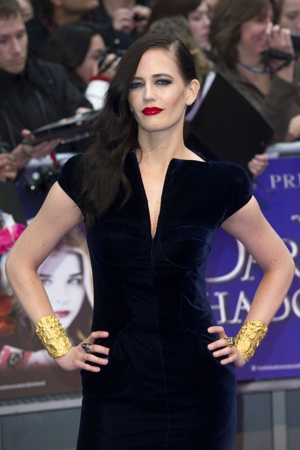 Directors Robert Rodriguez and Frank Miller have found the key to their Sin City sequel. They’ve searched high and low and have finally found A Dame to Kill For. Dimension Films confirms that Eva Green will play the titular character.

The French actress and former Bond girl is a perfect fit for Ava Lord. The official press release describes her as “every man’s most glorious dreams come true, she’s also every man’s darkest nightmares.”

That’s a dangerous combination. Ava is tied to Dwight, who’ll be played by Oscar-nominee Josh Brolin. Ava’s the only woman he’s ever loved yet she’s hunting him down like prey.

Rodriguez and Miller said, “We’ve been wanting to tell this story for a very long time. Ava Lord is one of the most deadly and fascinating residents of Sin City. From the start, we knew that the actor would need to be able to embody the multifaceted characteristics of this femme fatale and we found that in Eva Green. We are ecstatic that Eva is joining us.”

Sin City: A Dame to Kill For is currently in production and hits theaters Oct. 14.