On The View, Drew Barrymore revealed that she will be raising her daughter Olive in the Jewish faith. 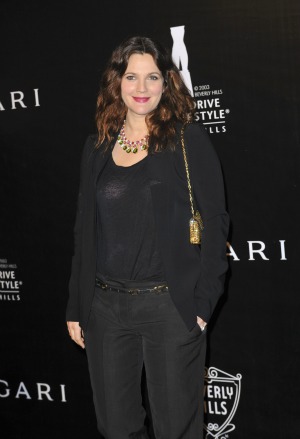 Drew Barrymore is taking her new role as wife and mother very seriously. During a visit to daytime talk show The View last Friday, she revealed that she plans on raising her daughter, Olive, in the Jewish faith.

She told the ladies on the show, “He’s a nice Jewish man from a nice Jewish family. I’m a shiksa [gentile]. I do the Seders and we do Passover. I haven’t converted yet, but Olive will be raised traditionally.”

The former child star did not have a conventional upbringing because she started working at the age of 11 months in a dog food commercial. Barrymore was best known for the film E.T. the Extra-Terrestrial, but it was her stint in rehab at age 13 that made her another child star statistic.

Her turbulent childhood was chronicled in her memoir, Little Girl Lost. The actress’s big comeback in 1995 showcased her acting talents, not her childhood troubles, in movies like Boys on the Side and a cameo role in Batman Forever. By the time the first installment of the movie Scream rolled out a year later, Barrymore was back on top.

Now, The Wedding Singer star appears to be relishing motherhood and enjoying the fruits of family life.

On The View, she shared, “[My daughter] actually has made me a morning person, so she’s already made me a better person in every way possible. I’m like Godzilla in the morning… before I’ve had that cup of caffeine, and with her I sing her Good Morning with my husband, from Singing in the Rain, every day. She has the biggest smile and it’s the first time I’ve smiled in the morning. I love it.”

The actress is currently working on a new makeup line called Flower.