Thankfully, we can live out our spy fantasies by watching The Americans without worrying about it actually happening to us. 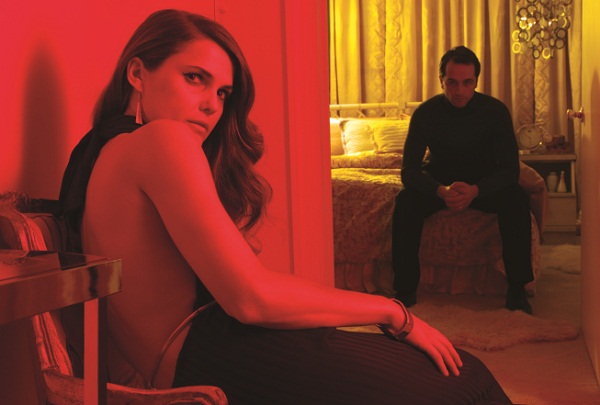 The new drama series The Americans revisits the 1980s Cold War between the United States and the Soviet Union. However, this time we see the war through the eyes of two sleeper agents from the KGB who have infiltrated the United States to fulfill their Russian mission. An unordinary man-and-wife combo played by Matthew Rhys (The Scapegoat, Brothers and Sisters) and Keri Russell (Running Wilde, Felicity), walks a fine line of trust as the two trade secrets and work undercover as Russian spies in America. While it is always their goal to fulfill their mission, they must balance their so-called “normal” lives at home as well. While they maintain their working relationship, Rhys and Russell must also keep up their “married life” in front of their peers. Is this just a case of love by association? Or has it become something real? If so, how much can they truly trust their lover when they are both trained spies. Although they are paired together for their Russian spy/lovers honeymoon, they may soon find themselves falling for more than just each other’s tricks.

For those interested in following the thrilling lives of spies, you’ll love this revisitation of the risky Cold War tensions with a relatable cast of characters. Every “marriage” has its complications, but the stakes are a lot higher when one wrong move could not only end the marriage, but demolish a whole country. Talk about needing a strong pre-nuptial agreement…

Maintaining a healthy relationship is hard enough without government complications (well, except for taxes), but we can’t imagine staying sane during the Cold War era. Thankfully, we can live out this fantasy life without worrying about it happening to us… for now.

Need more motivation to tune in? Check out this promo!