Singer Mindy McCready seemed like she was finally getting her life together until the death of her 34-year-old boyfriend in January. She opens up about why she thinks he died. 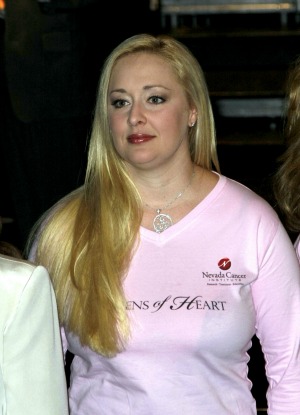 It came as a shock to everyone, including Mindy McCready, when her boyfriend of two years, David Wilson, died of what appears to be a self-inflicted gunshot wound on Jan. 13. McCready will appear on NBC’s Dateline to talk about the tragedy. Parts of the interview were also aired on the TODAY Show Tuesday morning, Jan. 29.

The singer has been through a lot in the last few years, facing drug addiction, domestic abuse and even jail time. She appeared on Celebrity Rehab with Dr. Drew and shared her problems with the world. But it seems she felt things had turned around with Wilson.

“Wilson, 34 at the time of his death, was the father of McCready’s 9-month-old son, Zayne (she also has a 6-year-old son, Zander, from her relationship with Billy McKnight.),” said Us Weekly. “According to reports, Wilson was taken to a hospital near his home in Heber Springs, Ark., when emergency personnel responded to a call about a self-inflicted gunshot wound. Shortly thereafter, he was pronounced dead. The investigation remains open.”

During her Dateline interview, McCready called Wilson her “soul mate,” said Us Weekly. She added, “He didn’t just touch my heart, he touched my soul.”

There has been some speculation surrounding Wilson’s death, and the show asked McCready if she had anything to do with it.

She also said that, despite rumors, Wilson was not having an affair with another woman. Dateline then asked her if she was “100 percent” sure that Wilson committed suicide. According to Us Weekly, she was quiet for a moment and then answered, “I don’t know.”