Southfork’s resident bad boy talks life after J.R. and what’s next for John Ross in Season 2 of Dallas.

The Mom's Guide to Dallas 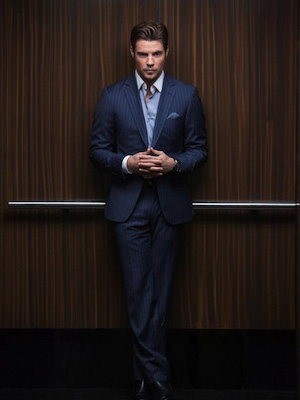 No one does bad quite like Dallas, and Josh Henderson fills his role as the rebellious son of iconic character J.R. Ewing brilliantly. John Ross is the sexy bad guy you can’t get enough of and you secretly root for. But after just a few minutes of speaking with Josh you start to realize that good looks may be all he and his character have in common.

“I’m actually a very laid-back, nice person in real life,” Josh told SheKnows. “I kind of put everyone else before myself which is kind of how I was raised, who I’ve always been, and that’s just who I am. But being able to step out of that and play a character that is so conniving and scheming and willing to do whatever it takes to get what he wants is something that I’ve grown to have fun with.”

Josh received incredible on-set training from legendary actor Larry Hagman, who played J.R. Ewing for 14 years in the original Dallas and returned for the new series.

“That’s something that Larry taught me in the first season. He said, ‘If I can tell you one thing: John Ross or someone like his father, is that everything he does, he has fun in it.’ Larry had fun with everything he did. Whether blackmailing someone, you know, destroying a man’s life… he did it with a smile on his face and he enjoyed it and that always bled through. I think that’s why people loved J.R. or loved to hate J.R… It was a blessing for me to be able to learn from a man like that.” 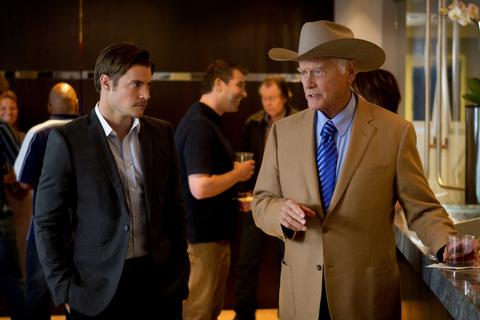 Larry passed away in November at the age of 81, leaving not only John Ross, but Josh Henderson to carry on the bad half of the Ewing legacy. “I have a big responsibility playing his son. Now that he’s gone, hopefully I can really exude that spirit of Larry and J.R. through my character John Ross and keep it living.”

And what devious little tricks does John Ross have up his sleeve now that he’s the man of the family? How will he gain control of Ewing Energies and get what he believes is rightfully his?

“He has chilled out a little bit and he has a different approach.” Josh explained, “He still wants to take over Ewing Energies, that’s his goal, but he knows he can’t just be, you know, guns blazing angry all the time. He wants to kind of fly under the radar a little more, but he’s definitely working on a big plan.”

He may have big shoes to fill, but this Texas-bred star couldn’t be happier to accept the challenge.

“I was born in Dallas so I just feel so lucky to be a part of the Dallas television show and getting to come home and shoot the show here. I’m having a blast. It has changed my life for the better and I hope I can continue to do this for a long time.”

Watch Josh raise some hell, hopefully be covered in oil and carry on the J.R. Ewing legacy Monday nights on TNT!

2 hrs ago
by Jessica Castillo

20 hrs ago
by Jessica Castillo