Human/alien love, post-apocalyptic survival and the Stuarts… The CW has ordered up some awesome shows for our viewing pleasure. 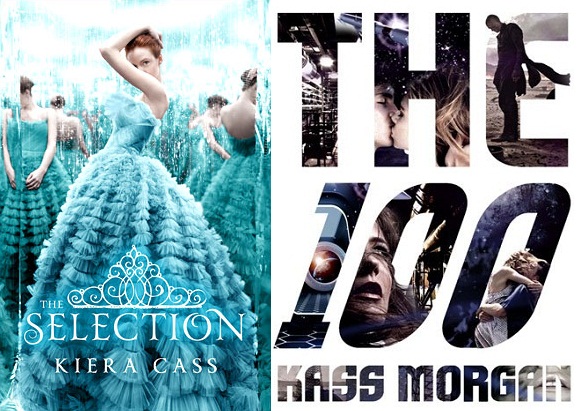 The CW recently ordered pilots for three brand new shows and we’re kind of in love with all four of them.

One of our favorites is a show called Reign. If you loved The Other Boleyn Girl or The Tudors, this show is meant for you. The story follows (eek!) Mary Queen of Scots beginning when she arrives in France with her three best friends and ladies-in-waiting. At 15, she’s already engaged to Prince Francis and has the weight of an entire nation on her shoulders. The CW describes it as a look inside “the secret history of survival at French Court amidst fierce foes, dark forces and a world of sexual intrigue.” Oo la la!

The other highlight is a post-apocalyptic, Lord of the Flies kind of deal called The Hundred. The network describes it with, “97 years after a nuclear war has destroyed civilization, a massive spaceship housing the lone human survivors sends 100 juvenile delinquents with dark secrets back to Earth to investigate the possibility of re-colonizing the planet.” The show is based on an upcoming young adult book by Kass Morgan, also called The Hundred. The book has also earned comparisons to The Hunger Games, due to the post-apocalyptic setting and what sounds like the pitting of kids against each other.

In a similar vein is the more girl-centric The Selection which is has been described as The Hunger Games meets The Bachelor. Set (once again) in post-apocalyptic North America, The Selection (another book turned TV show, this one by Kiera Cass) follows America Singer, an impoverished girl, as she competes against other girls in a televised contest to marry a wealthy prince and escape her current life. The big marketing line is, “35 girls. 1 crown. The competition of a lifetime.” Intense, but possibly pretty good!

Finally, there’s Oxygen: a romance between an alien and a human. Yes, like the Katy Perry song. The CW says, “Passion and politics threaten the peace and an epic romance ignites between a human girl and an alien boy when he and eight others of his kind (The Orion 9) are integrated into a suburban high school ten years after they and hundreds of others landed on Earth and were immediately consigned to an internment camp where they’ve been imprisoned ever since.” Sounds a lot like a new take on America’s segregation and integration issues in the ’60s.

It’s too soon to tell if any of them will be winners, but they sure sound pretty awesome!

More from The CW

The CW orders Sex and the City for teens
The CW: More Beauty and the Beast, please!
The CW’s Breaking Pointe: Blood, sweat and tutus