It seems like everyone wants to be in a superhero movie. The Amazing Spider-Man 2 just cast an Oscar nominee in a major role. This time around, Andrew Garfield will be juggling more than one villain. 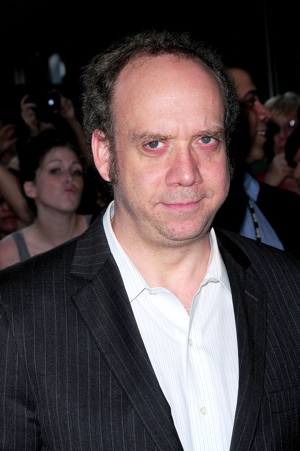 How many bad guys does one film need? Apparently, The Amazing Spider-Man sequel can’t get enough. According to The Hollywood Reporter, the superhero flick is adding another to its growing roster.

The trade publication is reporting that Paul Giamatti is joining the cast as The Rhino. He’s a villain who debuted in The Amazing Spider-Man comic back in 1966.

The character’s described as “a thug from a Soviet Bloc country who wore a superhuman suit that made him invulnerable while giving him superstrength and superspeed. It also had a deadly horn on top.”

The news comes shortly after Jamie Foxx was confirmed as the big bad Max Dillion/ Electro. It’s ironic that Giamatti was cast as The Rhino. In the past, he’s openly expressed his love for the character.

Back in 2011 Giamatti told ShowbizSpy, “I thought Rhino was the greatest thing when I was a little kid. It was a guy who was basically in this rhinoceros outfit, and I always thought, ‘Why don’t they have The Rhino in one of their movies.’ But maybe The Rhino wasn’t that big of a deal for anybody but me… If they ever go with The Rhino, I would be ready and waiting.”

British actress Felicity Jones is also in talks for an unspecified role. We’d love for her to play Felicia Hardy/The Black Cat, but we won’t hold our breath. Between Emma Stone‘s Gwen Stacy and Shailene Woodley‘s Mary Jane Watson, Spider-Man will have his hands full.

The untitled Amazing Spider-Man sequel is scheduled to hit theaters May 2, 2014.