The Star Wars prequels have been scrapped. Instead of re-releasing the trilogy in 3D, Disney wants to shift gears. All of their attention will go into the newest entry, Episode VII. 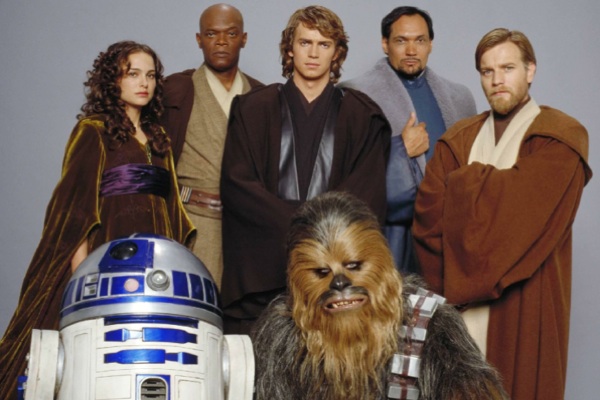 It’s been an eventful few days for Star Wars fans. Last week, Disney confirmed that J.J. Abrams would direct their latest sequel, Star Wars: Episode VII. Ever since they bought Lucasfilm, the franchise has become a top priority.

Episode VII’s just the tip of the iceberg. Disney’s planning a whole new trilogy. It’s going to take a lot of effort to develop, therefore other projects will fall by the wayside. According to Deadline, they’ve decided against re-releasing the prequels Episode II: Attack of the Clones and Episode III: Revenge Of The Sith.

Last year, Episode I: The Phantom Menace got the 3D treatment, but it came and went. Most fans saw it as a shallow cash-grab. Attack of the Clones 3D was supposed to hit theaters Sept. 20, while Revenge of the Sith 3D would debut Oct. 11 of this year. As of now, neither release is happening.

Disney has bigger fish to fry. Episode VII is slated to hit theaters in 2015, which means 10 years would have passed since Revenge of the Sith. They tapped screenwriter Michael Arndt to pen the script, who’s best known for writing Toy Story 3.

When confirming the news that he’d direct, Abrams released a statement saying, “To be a part of the next chapter of the Star Wars saga, to collaborate with Kathy Kennedy and this remarkable group of people, is an absolute honor.”