Get ready for even more Kardashians in 2013! Kris Jenner will be launching her own talk show this summer. 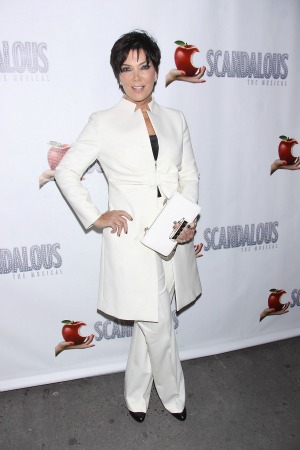 The Kardashian domination in the media continues in 2013, not only with Kim Kardashian‘s pregnancy, but also with Kris Jenner‘s new talk show coming this summer. The news was announced on Monday by Fox Television Stations and Twentieth Television.

The format will be a one-hour, daily entertainment talk show filmed in Los Angeles. The show will simply be titled Kris and it will debut in select markets, including New York and Los Angeles on Fox-owned stations.

The 57-year-old will not only interview celebrity guests, but viewers can expect everything from fashion, beauty and pop culture.

In an official statement, Fox executive Stephen Brown said, “[Jenner is] a dedicated mom and a successful business woman. Whether offering real advice to her family or sharing personal moments with viewers, Kris is honest, compelling, entertaining, and unscripted — all excellent qualities for a daytime talk show host.”

The business mogul has done a great job of managing her children’s careers and she has turned them all into multi-millionaires who are a part of the daily tabloid press. Now, Jenner is turning the spotlight on herself.

In the statement, she shared, “This is something I have wanted to do all my life so it’s definitely a dream come true! I can’t wait for this new adventure to begin.”

It’s interesting to note that Fox is utilizing the same test markets and a similar strategy that it did with Bethenny Frankel‘s talk show last summer. Bethenny will get a full national rollout this fall and will compete with other daytime talk shows like Katie, Dr. Phil, The Dr. Oz Show and Steve Harvey.

Will you be watching Kris Jenner’s new talk show?