Longtime Playboy Mansion secretary Mary O’Connor died Sunday; she was in her 80s. O’Connor worked for Hugh Hefner for more than 40 years. 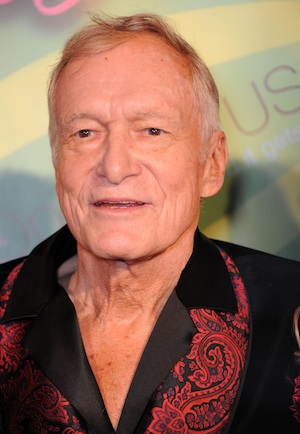 Mary O’Connor died Sunday; she was in her 80s. Mary O’Connor was Hugh Hefner‘s longtime personal secretary and made many appearances on the reality show The Girls Next Door from 2005 to 2009. Hefner tweeted about the sad loss on Sunday night. “Mary passed away today. We loved her more than words can say.”

Many say it was Mary who encouraged Crystal Harris to write to then ex-fiancé Hugh Hefner after she bolted on their nuptials just days before the wedding. The Huffington Post found a tweet from Hefner from June 2012 in which he wrote, “It’s Mary O’Connor that brought Crystal Harris back. Crystal was miserable & said so. Mary told Crystal to write & tell me, which she did.”

Throughout the holidays, Hefner appeared to tweet less than usual and explained just a few days ago that the reason for his absence was related to Mary O’Connor’s ailing health. Hugh tweeted, “Crystal is going to visit Mary O’Conner [sic], who is not doing very well. Mary has our prayers. We all love her.” No further details were released on O’Connor’s death.

Catch a clip of Mary O’Connor on The Girls Next Door below: