We know what you are thinking… when it comes to trouble, Chris Brown KOs any competition. 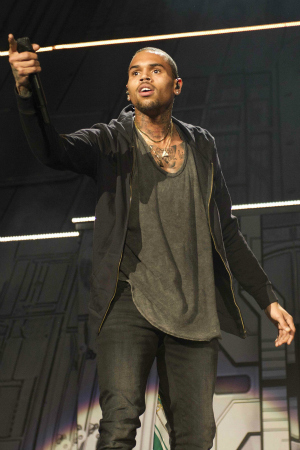 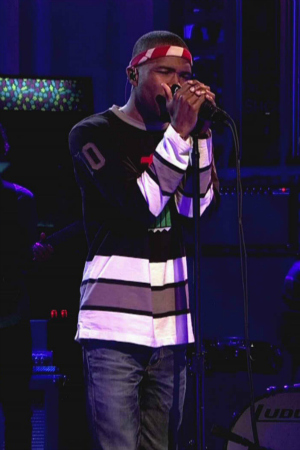 But his scuffle with Frank Ocean this weekend over a parking spot marks the latter’s second bad behavior blip in a short span. Is Ocean poised to take Breezy’s top troublemaker title?

Brown’s past: Proof sleazy Breezy will stay on top?

After this weekend’s parking lot scuffle, Frank Ocean stuck around to give the PoPo the down-low while Chris Brown fled as fast as his moonwalkin’ feet could carry him. And, well, it’s no wonder Brown would want to avoid the boys in blue. Since his infamous altercation with then-girlfriend Rihanna after the Grammys in 2009, Brown has been in and out of the headlines. In 2011, he diva-ed his way through an interview on Good Morning America before retiring to his dressing room to do super adult things like take off his shirt, swear and throw chairs. Not to be outdone in 2012, he brawled with Drake in a bar, tested positive for pot during community service, got a neck tattoo that may or may not depict Rihanna’s battered face, dressed as a terrorist for Halloween and went on a misogynistic Twitter tirade against comedy writer Jenny Johnson. Oh yeah, he also threw around some homophobic remarks — one in particular aimed at Ocean himself.

Ocean’s past: The perfect storm?

Let’s be honest. Anyone’s past would pale in comparison when stacked next to Chris Brown’s. However, the truth is Frank Ocean is no stranger to shady behavior. After the release of his single “American Wedding” in 2010, Ocean came under fire for “reappropriating” The Eagles’ classic hit “Hotel California”. He added fuel to the fire by accusing Don Henley of being threatened by him, to which Henley’s legal rep responded by straight up calling Ocean out on illegally using the entire track and melody. He once again found himself wading in muddy legal waters in 2011 when it surfaced that he originally wrote “Thinkin Bout You” for Bridget Kelly’s debut album. Even though Kelly changed the name to “Thinking About Forever”, there was no hiding that the same song ended up on the albums of both artists. Most recently, though, Ocean got caught in Mono County, California for speeding… and driving with a suspended license… and having too-tinted windows. And, oh yeah, traveling with a bag of weed.

On paper, Chris Brown definitely has the edge over Frank Ocean. His shenanigans this past year have been so outrageous that he has managed to make Charlie Sheen’s drop off the deep-end seem like a distant memory. Could it be possible, then, that he has peaked? After all, none of us saw Sheen making a comeback and now he’s back at the helm of a hit show. Ocean, on the other hand, might just be hitting his stride — these back-to-back blips could be the beginning of a bad boy free-fall. There’s not much that Brown hasn’t done these days… but Ocean has plenty of transgressions left to try out. Even if Ocean turns out to be the star of more scandals this year though, we’re pretty positive Chris Brown will continue to retain his title as one of Hollywood’s biggest d-bags. Plus, for the record, our money for the biggest celebrity troublemaker of 2013 is on Justin Bieber. Just sayin’.