Kristin Cavallari chats with SheKnows about her first Valentine’s Day as a mom and why she likes her man clean-shaven at the Gillette Kiss & Tell event in Chicago. 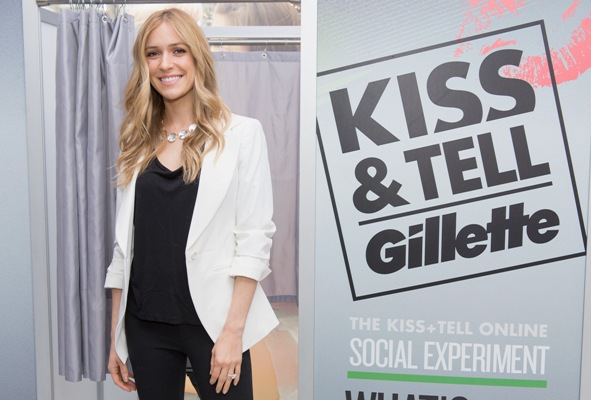 Kristin Cavallari has been keeping a low profile since giving birth to son Camden Jack with her fiancé Jay Cutler in August.

But the former reality star took to the streets of Chicago today to watch couples take a very important smooch test at Gillette’s Kiss & Tell event.

“We’re having couples come out and kiss, then shave, then kiss again to see if they prefer clean-shaven or stubble,” Kristin told SheKnows. “It’s pretty funny to see all these couples. My guess is they’ll pick a clean-shaven face. I don’t prefer looking at stubble.” 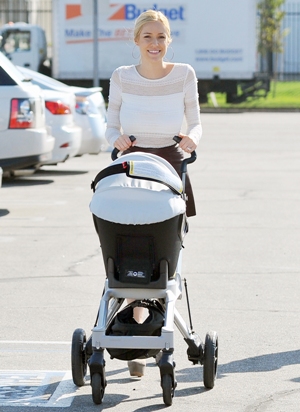 The results of the test will be announced on Valentine’s Day. So what will K-Cav and her man be doing that day (aside from kissing)?

“We’re probably going to do something very low-key,” she told us. “I’ll probably cook dinner at home. It will be romantic and sweet and just easy. Being new parents, traveling or going out anywhere just doesn’t appeal to us right now.”

Kristin says she and Jay are homebodies and for now, they’re just enjoying watching their son Camden Jack grow.

“He just got his first tooth,” said Kristin. “We started feeding him last week, which has been a ton of fun. We’ve given him peas, carrots and avocados. He loves avocados.”

As for Valentine’s Day gifts, Kristin says that Jay has been a big help with Cam and that the best gift he gives her is his appreciation.

“He is really great about appreciating everything I do around the house and with Cam,” she told SheKnows. “He’s just a really sweet, genuine guy.”

But that doesn’t mean she doesn’t still get some material things! Kristin told us that one year she scored a Cartier Love Bracelet from Cutler.

“I absolutely love it and I wear all the time,” said Kristin.

Speaking of love, the couple — engaged for over a year — is still on the fence about wedding plans.

“We talk about it, but we’ll see what happens,” said Kristin.

Maybe they’re waiting for Cam to get big enough to fit in a ring bearer’s suit?