Melissa McCarthy steals big laughs as she assumes Jason Bateman’s identity, creating a riotous nightmare for him, but a great time for us. In her first starring role, McCarthy has a LifeLock on the laughs. 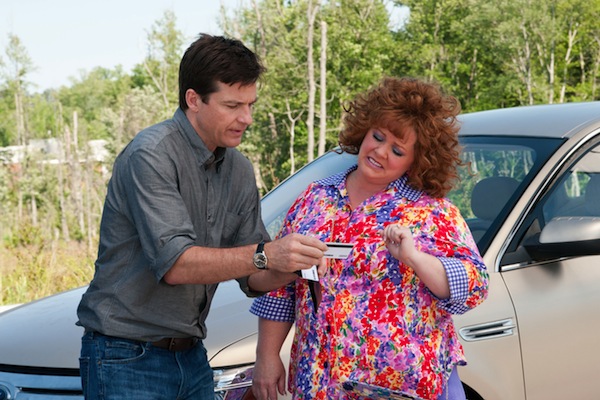 4 Stars: Perfect for fans of Bridesmaids

Sandy Bigelow Patterson (Jason Bateman) works in the financial industry, but with two daughters at home and third on the way, he’s having trouble making ends meet. Things go from bad to worse when a woman named Diana (Melissa McCarthy) steals his social security number and begins spending thousands of dollars on fraudulent credit cards with Sandy’s name on them.

Mild mannered yet terse, the real Sandy gets arrested at his office in Colorado for fraud. With a little investigation however, he finds the charges are all coming from Florida.

Because the Colorado police can’t tackle a criminal in another state, Sandy takes it upon himself to journey to the sunshine state and confront the culprit. As soon as his finds her however, they are both on the run from two other entities Diana has managed to screw over big time. 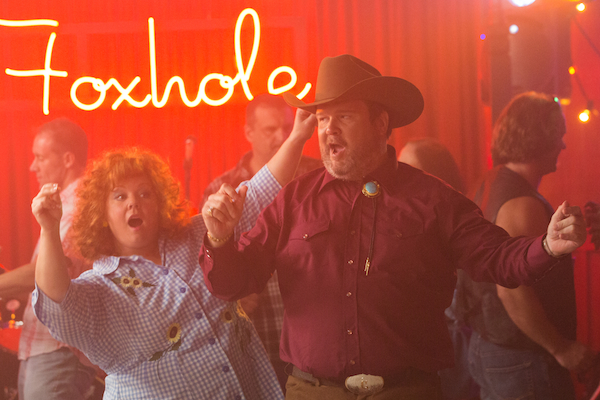 The funniest scene in Identity Thief is when Diana and Sandy stop overnight at a cheap motel in Georgia. Diana decides to hit the local club called the Foxhole, where she meets a cowboy named Big Chuck (Modern Family‘s gay dad Eric Stonestreet). The two whoop it up and end up in bed, for a super-sized one-night stand, all while Sandy has locked himself in the bathroom and is forced to listen to the caterwauling of two drunk but enthusiastic bucking broncos. 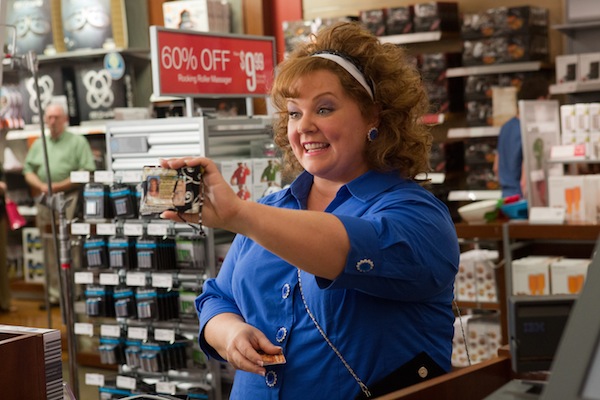 McCarthy is a gem on-screen. She’s a master with physical comedy and plays each comedic bit to its full laugh-factor, but never loses sight of the real emotions of the person underneath the silliness. The tender moments in the film are as intriguing as the funny ones.

Bottom line: This movie will make you laugh — Melissa McCarthy’s makeup alone will have you chuckling. While the story’s premise moves in and out of the realm of believability, it’s worth seeing for the McCarthy and Stonestreet scene alone.

Run time is 1 hour, 47 minutes. At the end of the credits there is one very short piece of funny dialogue from the film, but no extra scenes.