When three aging mobsters reunite after one is released from prison, it’s not long before they’re back to their old ways, stealing cars, shooting bad guys and visiting their favorite brothel — with the help of Viagra, of course. Al Pacino, Christopher Walken and Alan Arkin make a stand-up trio of best buddies whose time is literally running out. 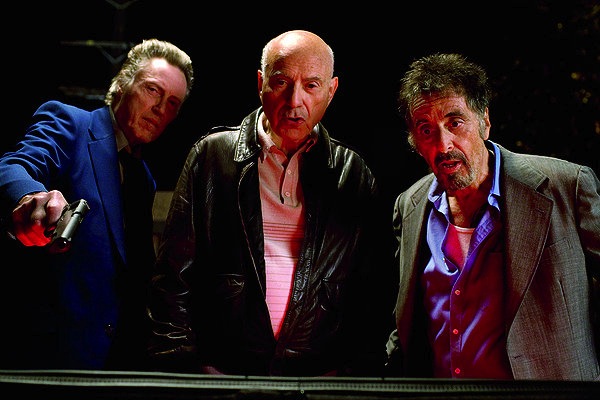 3.5 Stars: Perfect for those who “need more cowbell”

Doc (Christopher Walken) arrives at the prison to pick up his gangster cohort Val (Al Pacino), who’s finally being released after 28 years. Their crime boss Claphands (Mark Margolis) blames Val for the death of his son, however, and secretly orders Doc to kill Val.

Though deeply conflicted over his order to take out Val, Doc has until morning to do the deed — or he’s the one who’ll be dead. Perhaps oblivious to his fate, Val just wants to party, and Doc obliges his friend. 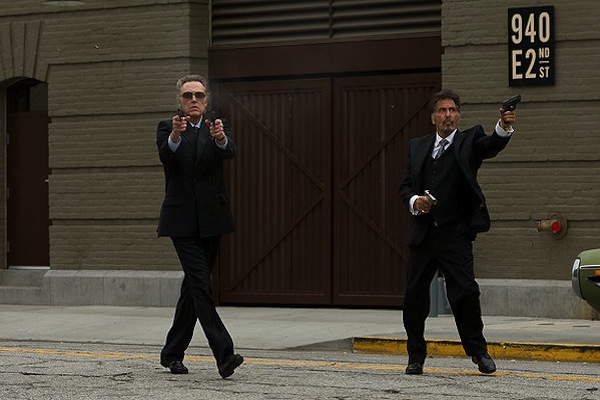 At a nightclub, Val begins to drink and snort everything he can get his hands on. He’s a guy who’s so broken yet so honest and transparent about the state of his lost soul that he manages to convince a beautiful young woman to slow-dance with him. A stunning achievement from this old, grubby f-ed-up guy.

The story really picks up when they “rescue” their other partner in crime, Hirsch (Alan Arkin) from the retirement home. They steal a car and all three come back to life as the adrenaline from their gasoline-powered fun starts to kick in. 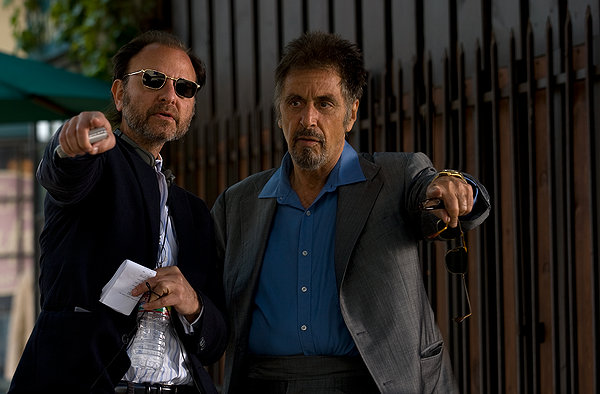 Walken’s fatherly relationship with a young waitress shines a light on part of his soul that is loving, kind and righteous.

Bottom line: Christopher Walken and Al Pacino are a delight on-screen, proving they still have much to offer the American cinema. There’s also an emotional lift at the end of the film that breathes life and hope into these rusty men, proving there’s endless beauty in a sunrise — and a sunset.

Run time is 1 hour, 34 minutes and there are no extra scenes after the credits.