Just in time for Valentine’s day comes a never before imagined version of Romeo and Juliet, where romance, horror and comedy all mash together to form an exciting new movie genre: the zom-com. If you like your leading man a little bit dead, than this movie is for you. Just be sure to wear protective headgear to keep your brain from becoming the soup du jour. 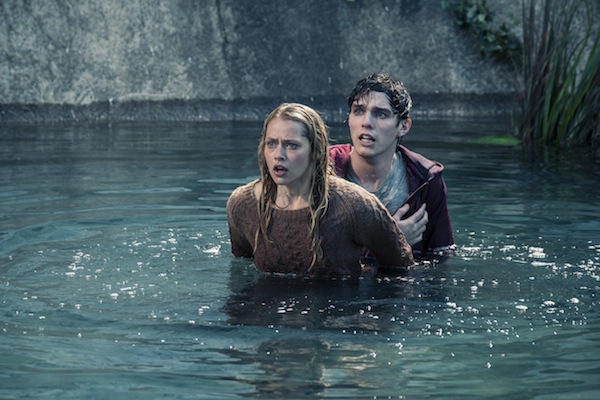 R (Nicholas Hoult) stumbles around an abandoned airport with rotting skin, bewitchingly blue-silver eyes, and a blood-stained mouth. A shell of the young man he once was, R doesn’t remember his old life now that a futuristic virus has divided humanity. Those with the virus are aimless, brain-eating zombies and those without the evil contagion are frightened hostages, hiding behind a walled city where it’s only a matter of time before they become zombie nosh.

But there’s something different about R, who doesn’t remember his full name, only his first initial. He takes the escalator less-traveled, and waxes poetic as he narrates his story. R is a bit of a philosopher, maybe even a dreamer and, while he does like to indulge in his share of gray matter, his soul-less being is stirred when he meets the lovely human, Julie (Teresa Palmer). 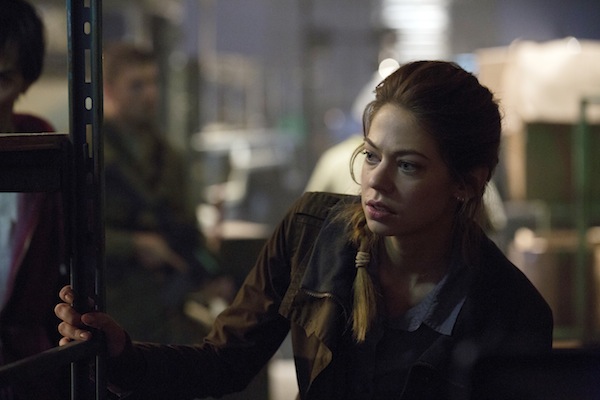 Julie and her crew of public protectors are raiding a forgotten pharmacy when R and his zombie-mates enter the building to feed. Quickly, Julie and her trigger-happy boyfriend, Perry (Dave Franco), are firing their guns at the dearly departed, but Perry makes a mistake, allowing R to feast on his frontal lobe.

That’s when R sees Julie. She’s tough, beautiful and oh, so vulnerable. R desperately wants to take care of her, even love her. He forces her back to the airplane he’s turned into a bachelor pad, replete with a hi-fi and plenty of funky vinyl tunes.

Though R can make words, sentences aren’t his specialty. His attempt at wooing the freaked-out Julie is hilarious and all-too relatable. 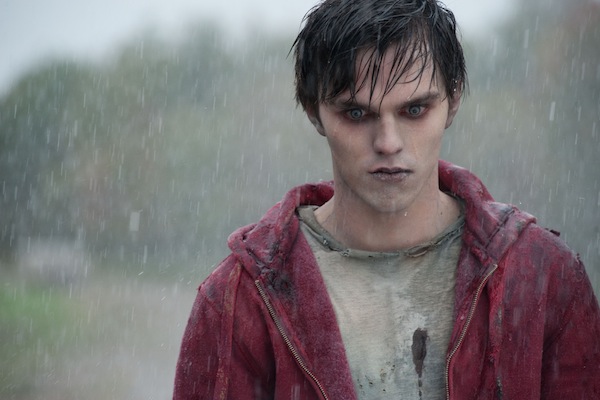 While there are many aspects of Warm Bodies that are predictable and sappy, the filmmakers successfully find the humanity and the humor in the zombie premise.

Bottom line: This movie is an amusing romp through the horror genre, flipping it on its head and giving all those other undead movie characters like Bella and Edward, a run for their cold, hard cash.

Run time is 97 minutes and there are no extra scenes after the credits.