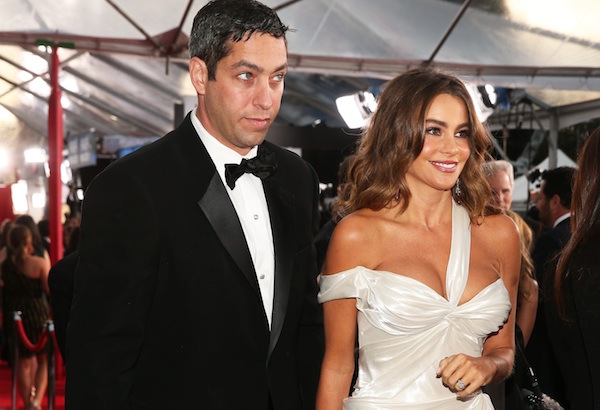 The 2013 SAG Awards aired Sunday night from Los Angeles, California. While we were looking forward to the show, the SAG Awards were a yawn fest at best. From the awkward voice-over beginning to the super weird SAG Awards show intro — in which Sofia Vergara said she looked like a hooker — we were thoroughly disappointed with the show. Watch highlights from the 2013 SAG Awards below.

The eye rolling began with one of several cringeworthy moments when the SAG Awards producers thought it would be a good idea to have several well-known actors stiffly recite lines about when they first joined the Screen Actors Guild. Perhaps a good idea in theory, the result was brief, odd speeches. Sofia Vergara even commented that her dad thought her decision to be an actress equated her to a hooker and Vergara responded that with her “big boobs” she already looked like a hooker. Watch Sofia Vergara at the 2013 SAG Awards at 3:16 in the above video.

We adore Dick Van Dyke and love that he was honored with the Lifetime Achievement Award at the 2013 SAG Awards. Alec Baldwin did a great job narrating the iconic career of Dick Van Dyke but we admit, the whole thing felt boring. However, Dick Van Dyke turned it around when he walked on the SAG Awards stage and delivered a fantastic acceptance speech.