Apparently, not everyone was as stoked as I was about the 2013 Coachella line-up. (Read: Stop complaining. This line-up is better than you think. Do your research.) 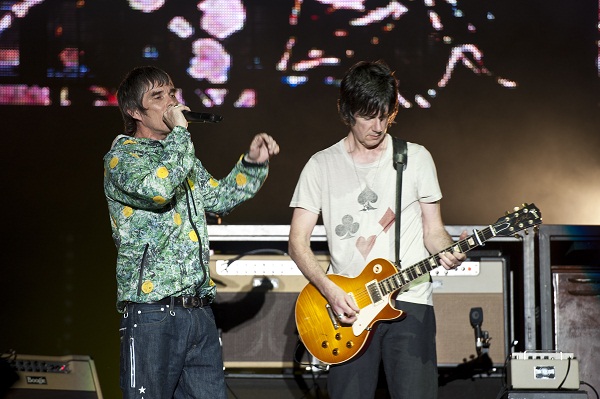 Apparently some festival goers don’t know who these guys are. Here’s a hint: Rhymes with Lone Moses

The bookers for Coachella, Goldenvoice, went against the grain of picking through the usual Indie names — bands that skyrocketed to the top in the last six months and one random old-school rock band everyone was hoping for (Rolling Stones… like always). Instead, they opted to school the youngsters. They came up with a list that had a few loved up-and-comers (The Lumineers), a handful of bands that have been around for awhile, but that the kids who go to Coachella have never heard of (Stone Roses) and the token rappers (Wu Tang Clan) that are still a little, well… not exactly relavant anymore.

The hipsters and youngsters have spoken and they’re not exactly happy.

First, there’s already a blog devoted to The Stone Roses, which questions who, exactly, they are. The answer, of course, is a really decent band! Stone Roses formed in the ’80s in Manchester, England. They released their second seriously awesome album in 1994 and then broke up soon after. In 2011, they reunited and that, dear children, is why they are around. You have roughly three months to Youtube and Spotify the daylights out of them in preparation for the show.

Reminder: Music fans had the same problem after Arcade Fire took over the Grammys a couple years ago and started a blog questioning their coolness, too. Is there anyone who doesn’t know and love Arcade Fire now? 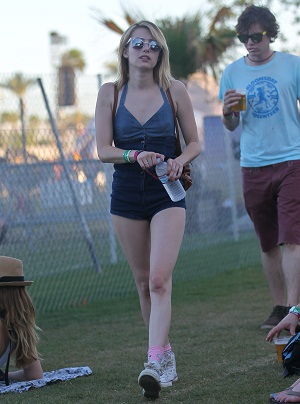 The line-up has a lot of people sulking. Actress Emma Roberts tweeted, “Feeling really blah about the weather and the Coachella lineup.” Meanwhile, Nylon Magazine wrote, “News Flash: The @coachella ’13 lineup is out, and it’s a total 1995/2005 throwback.” (They’re right, of course. But, what’s wrong with that?) One of my favorites, though, is KQ, who Tweeted “I wonder if the Red Hot Chili Peppers are gonna surprise people at Coachella with a hologram of their fame from 1999.”

But, hey! Let’s not forget the real reason everyone seems to go to Coachella: the long list of celebs in attenance. Twitter user AlexanderGold said it best when he tweeted, “If I went to Coachella, it would only be to do drugs with former child stars looking to roughen up their image.” Over the years, Coachella’s crowds have been graced by the likes of Katy Perry, Alexander Skarsgard (True Blood), Kristen Stewart and Penn Badgley (Gossip Girl). Trust me, guys: They’ll still be there this year, too.

While it may not be saying much, at least MTV has my back. They tweeted, “Can we talk about how awesome the #Coachella lineup is?”

So, go! In your pre-fest months, check out some of those oldster bands and relative unknowns whose names you don’t recognize on the line-up. If anything strikes your fancy (and I promise that something will), check ’em out onstage. You might just leave with a new favorite band.