Elle magazine’s mistaken tweet is causing a small uproar on Twitter. How could the magazine mix up reality star NeNe Leakes and actress Danai Gurira? 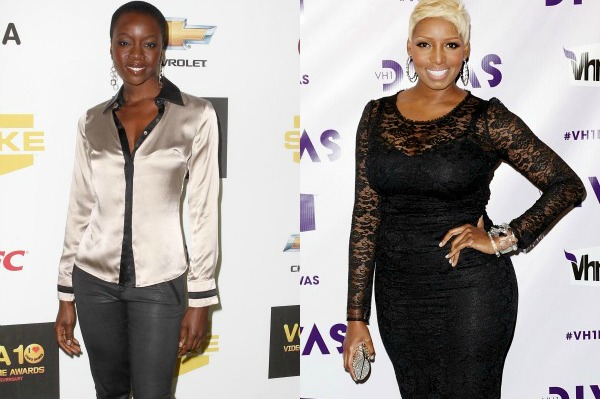 The troublesome Elle tweet was sent out Thursday night, along with an Instagram photo of The Walking Dead star Danai Guirara. She looked fabulous, but the problem was the message, which read: “#NeNeLeakes looking gorgeous in #alexanderwang and @hot diamonds #ellewitv.”

Followers very quickly noticed it wasn’t NeNe Leakes in the photo, but rather, 34-year-old Guirara!

Eventually, the photo and description were taken down. Elle replaced the image with this message: “Apologies — clearly someone on our team needs glasses! The fabulous Danai Gurira looking stunning as ever!”

NeNe Leakes is engaged to her ex-husband! >>

Innocent mistake? Not everyone in the wide world of social networking thinks so.

“I guess all black women look alike huh??” one user wrote in response. Another tweeted, “In what world do Nene Leakes and Danai Gurira even look remotely the same @ELLEmagazine? Please stop with the bulls**t excuses & apologize.”

A third person vented, “This makes no sense. Nene has SUPER blonde hair, she looks nothing like Danai. Epic fail by Elle Magazine.” The major hair color discrepancy has not been lost on the two stars, who Yahoo’s OMG! reports laughed off the mix-up while still at the event.

“I mean — look at my hair. I’m blonde!” NeNe Leakes is quoted as saying to Danai Gurira, who laughed and responded with a joke of her own. The reality star later tweeted, “@ The Elle Women in Television event! So funny how these event work! I’m glad I know who i’am.”

What is your take on Elle magazine’s mistake?