For some a cancer diagnosis feels like a death sentence, but for Wilko Johnson it’s a new lease on life — and he’s going to celebrate the time he has left. 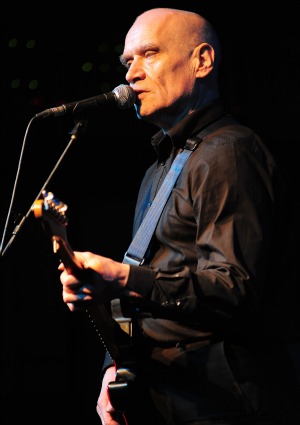 Game of Thrones star Wilko Johnson may have less than a year to live, but the actor/musician says his terminal diagnosis of pancreatic cancer is the best thing that has ever happened to him.

In an interview with Radio 4’s Front Row, the actor, who is also the guitarist for rock band Dr. Feelgood, explained that his death sentence has given him a new appreciation for life — and for the first time, he’s happy.

“We walked out of [the doctor’s office] and I felt an elation of spirit. You’re walking along and suddenly you’re vividly alive,” he said. “You’re looking at the trees and the sky and everything and it’s just ‘whoa.’ I am actually a miserable person. I’ve spent most of my life moping in depressions and things, but this has all lifted.”

“Right now it’s just fantastic — it makes you feel alive,” he said. “This position I’m in is so strange, in that I do feel fit and yet I know death is upon me.”

Johnson reportedly only has as long as ten months to live, and opted to forgo chemotherapy after being told it would only buy him another two months at most.

During the time he has left, the artist plans to complete an album and play both a mini-tour of France and goodbye gigs in the U.K.

“If the cancer kicks in before that, then I can’t go on stage,” he said. “I’m not going to go on stage looking ill… I don’t wanna present a sorry spectacle! I’m not hoping for a miracle cure or anything. I just hope it spares me long enough to do these gigs… then I’ll be a happy man.”

Johnson’s manager Robert Hoy announced the diagnosis on the star’s Facebook page at the beginning of January, writing, “He said he wants to make the very best of the time he has left, playing and partying when he can. He is currently in good spirits and is not yet suffering any physical effects and can expect to enjoy at least another few months of reasonable health and activity.”

“Wilko wishes to offer his sincere thanks for all the support he has had over his long career. From those who have worked with him to, above all, those devoted fans and admirers who have attended his live gigs, bought his recordings and generally made his life such an extraordinarily full and eventful experience.”

Johnson lost his wife Irene to cancer eight years ago.