It’s official: Beyoncé is performing at the Super Bowl halftime show and now we know the set list. Are you ready for this jelly? 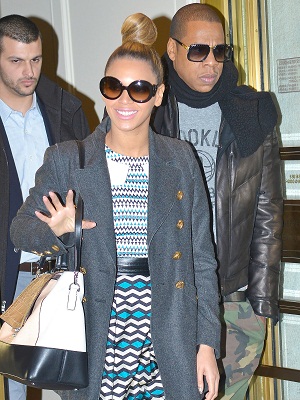 Us Weekly reports that it knows Beyoncé‘s set list for the Super Bowl halftime show, and we think you deserve to know, too.

Since Bey will be teaming up with Kelly Roland and Michelle Williams to once again become Destiny’s Child, the ladies will do a medley of their old school jams. They’ll start their performance with “Bills, Bills, Bills,” throw in a dash of “Survivor” and close out the set with their new single, “Nuclear.”

Seeing as how she’s been singing Destiny’s Child songs for so long, there shouldn’t be any reason for her to need backup vocals or to be accused of lip-synching again, like she was at the Presidential Inauguration on Jan. 21. She should be able to nail the lyrics and pitch perfectly after years of practice.

Then again, with the echoing that often occurs in those places and the chance of a return to some serious pop and locking from days gone by, some pre-recorded tracks wouldn’t be out of the question. Nor should they be judged so harshly.

As for the inaugural incident, her bandmate Williams, who recently appeared on Good Morning America, said the scandal was, “disappointing and sad… that was such a big moment for her. I wish people would let it go.”

As for the set list, we’re a little disappointed that the song “Single Ladies” is missing. After all, both teams will be vying to “put a ring on it.”

Beyoncé, Rowland and Williams will survive the Super Bowl XLVII crowd as Destiny’s Child on Feb. 3, 2013, in New Orleans. We bet no one is more excited than her date to the game, hubby Jay-Z. We’ll be watching, will you?