Hey, Dexter fans! Next season will offer even more to love. 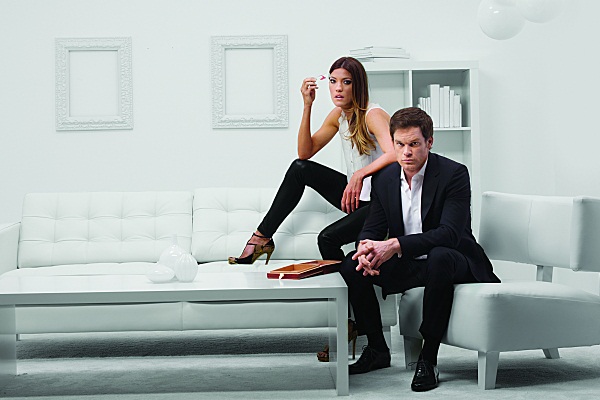 Here’s why we can’t wait for June: The month will not only mark the return of Dexter, but also the appearance of two new cast members.

You’ll definitely want to tune in to this season of Dexter.

Aside from the awesome recurring roles, it may also be the show’s final season. Showtime has yet to confirm or deny whether Dexter will be around for a ninth season. During the Television Critics Association’s winter press tour, Showtime’s president said the final decision would likely not be announced until closer to the beginning on Dexter‘s eighth season on June 30. However, the show’s Executive Producer, Scott Buck, told The Hollywood Reporter that his writers were planning as if season 8 were the final season.

“We are absolutely writing it with an end in sight, but if we get told otherwise somewhere along the way, we’ll take it in a different direction. But we are definitely working toward the finale of the series,” he said.

Need yet another reason to catch the show? Showtime recently released this awesome little promo, too. (As well as a look at the show, Ray Donovan, which will follow Dexter’s premiere.)

Are you ready for the show now? We are! Bring on the blood and guts, Showtime. We’re ready.

Showtime’s Dexter is in hot water
2012’s most pirated television shows
First Dexter teaser: “Get away from the body!”