Is there anything J.J. Abrams can’t do? The director and producer’s been tapped to take over the Star Wars franchise. Multiple sources claim Abrams has become one with the force. 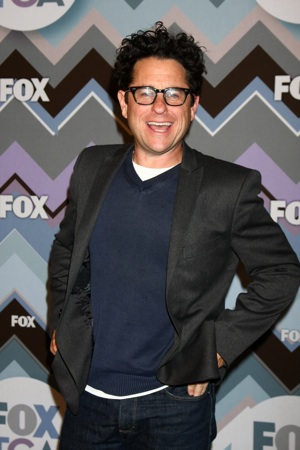 Have we been duped? Last month, J.J. Abrams made it pretty clear that he wasn’t interested in directing a Star Wars film. But a report from The Wrap states otherwise. The site claims that Abrams has made a deal with Disney to do Stars Wars: Episode VII.

J.J. Abrams says no thanks to directing Star Wars 7 >>

This news comes from a source close to the production, that also revealed Abrams’ stiff competition. The studio was eyeing Ben Affleck for the film but Abrams edged him out. It’s no secret that Abrams is a life long fan of Star Wars and the sci-fi genre. Plus, he has fanboy street cred.

Abrams’ resume is nothing to sneeze at. He’s one of the top directors in Hollywood, who’s doubly successful as a producer. He’s directed films such as Mission: Impossible III, Star Trek and Super 8. And we can’t forget his roster of TV projects.

To date, he’s produced acclaimed shows like Alias, Lost, Fringe, Person of Interest and Revolution. With such a busy schedule we’re not sure how Lucasfilm Chief Kathleen Kennedy got him on board.

Abrams previously told Empire Magazine, “I declined any involvement very early on. I’d rather be in the audience not knowing what was coming, rather than being involved in the minutiae of making them.”

They must have made an offer he couldn’t refuse. It’s common knowledge that Abrams is committed to at least one more Star Trek film. And Disney plans to turn the new Star Wars into a trilogy. Talk about pressure!

Star Trek Into Darkness opens in theaters May 17, 2013, while Star Wars: Episode VII is scheduled for summer 2015.

Do you think Abrams is the right choice?