Actor Corin Nemec lost half his blood and nearly his life in a freak boating accident aboard a Coast Guard ferry. 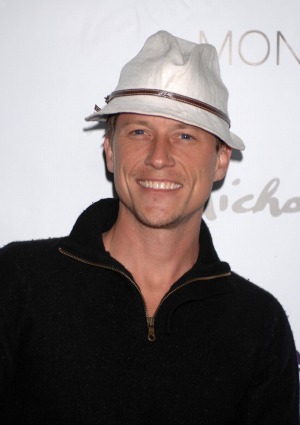 Turns out Parker Lewis can lose: Actor Corin Nemec nearly lost both life and limb after a freak boating accident left him with a shattered leg and only half his blood supply.

The star of the ’90s hit sitcom Parker Lewis Can’t Lose, was on his way to shoot a scene for the movie Poseidon Rex, when the Coast Guard vessel ferrying him slammed into a partially-submerged barge.

“We hit the sinking barge, and that is what filled the boat to one side immediately with an enormous amount of force, and that threw me into the side of the boat where I shattered my femur in 3 places,” Nemec told local Belize news station 7NewsBelize.

The 41-year-old said he required several transfusions, after losing half the blood in his body and undergoing emergency surgery to save his leg.

“Everybody onboard that boat, including the gentlemen working for the Coast Guard, everyone is lucky to be alive,” Nemec said.

The actor, who was filming for the SyFy Channel, rose to fame playing Parker Lewis from 1990-1993 and continued his television success with roles on Stargate SG-1 and the Stephen King miniseries The Stand. Keeping busy, he was also filming horror flick Crimson Saints at the time of the accident and was on deck for Quantum Investigations – The Quantum Heist and Star Trek: Renegades. No word yet on how his injury will affect his roles.