Natalie Portman and Benjamin Millepied are saying au revoir to the U.S. as they head to France in 2014 when Millepied takes over as artistic director for the Paris Opera Ballet. 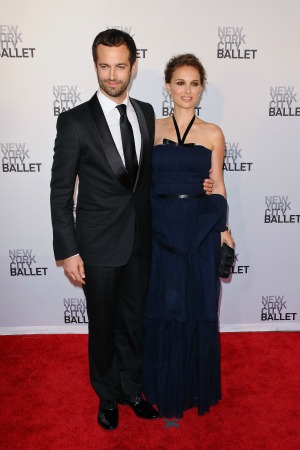 We haven’t heard much from Oscar-winning actress Natalie Portman since she gave birth to her son, Aleph, and married her fiancé, Benjamin Millepied, in the last two years. The Black Swan actress has kept a low profile, preferring to raise her son than hit every Hollywood red carpet.

That low-key Los Angeles lifestyle is going to change even more come September 2014. Portman and her family are moving to Paris. Millepied has been name the new artistic director of the Paris Opera Ballet.

He will take over the position from Brigitte Lefevre, who has held the position since 1995 and is retiring in October of 2014.

The move was announced in the New York Times on Thursday where the 35-year-old choreographer said, “I did grow up in France, and even though I didn’t go to the school or dance with the Paris Opera Ballet, I absorbed similar ideas in my training. I understand the scale of a big company. I danced for one for almost 20 years. I think it’s an asset that I have absorbed other traditions and had other experiences in the U.S., which I can bring to the dancers here. But of course I have a lot to learn about this company and its very remarkable and specific qualities.”

The news is surprising since the young family relocated last year from New York to Los Angeles so Millepied could run the dance company he founded, L.A. Dance Project.

The couple met in 2009 on the set of Darren Aronofsky’s Black Swan. Their pairing caused a bit of controversy since Millepied was still involved with his live-in girlfriend, Isabella Boylston. Less than a year later, Portman and the dancer were engaged and expecting their first child.

Prior to the Oscar-nominated film, Millepied was best known for his nine-season run with the New York City Ballet.

Portman will be seen in several projects in 2013, including Knight of Cups with Christian Bale and Thor: The Dark World with Chris Hemsworth.