The 55th Annual Grammys is coming up, and the list of world-class performers keeps on growing. See who else is set to command the stage on Feb. 10. 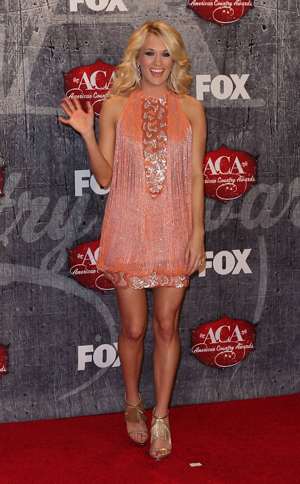 Ho! Hey! The Lumineers will strum and stomp their way across the Grammys stage Feb. 10 when the 55th annual Grammy Awards recognizes all that was new and wonderful in music in 2012.

The Lumineers’ performance caps off a huge year for the folk-rock upstarts, who released their self-titled debut album in April of 2012. Their song “Ho Hey” was used soon afterwards in commercials for Bing and Blue Moon beer, setting off a wave of Lumineers appreciation that led to The Lumineers album going gold.

The Lumineers, first-time nominees, are up for Best New Artist and Best Americana Album for The Lumineers.

Also set to play Los Angeles’ Staples Center is Jack White, practically a Grammys grandpa with nine awards under his belt. White is nominated for three Grammys, including Album of the Year for Blunderbuss (up against tough competition of fun.’s Some Nights and Mumford & Sons’ Babel), Best Rock Album and Best Rock Song for “Freedom at 21.”

White hasn’t performed at the Grammys since 2004, when he took the stage with Meg White and performed the thumping single “Seven Nation Army.”

Carrie Underwood, who performed at last year’s Grammys with Tony Bennett, is nominated for Best Country Solo Performance for “Blown Away.”

Dierks Bentley, who will join Miranda Lambert onstage for a special performance, is also up for Best Country Solo Performance for “Home.” Lambert is nominated for Best Country Album for Four the Record, competing against Zac Brown Band (Uncaged) and Hunter Hayes’ eponymous album.

First-time nominee Ed Sheeran has the honor of performing onstage with Sir Elton John, who’s not nominated for a Grammy this year, but the fella has six already, so he’s probably not crying behind a pair of wacky glasses or anything.