Rayna is on top of the world: She’s back on top as country’s reigning queen and record labels are fighting over her. So, why isn’t she happy? 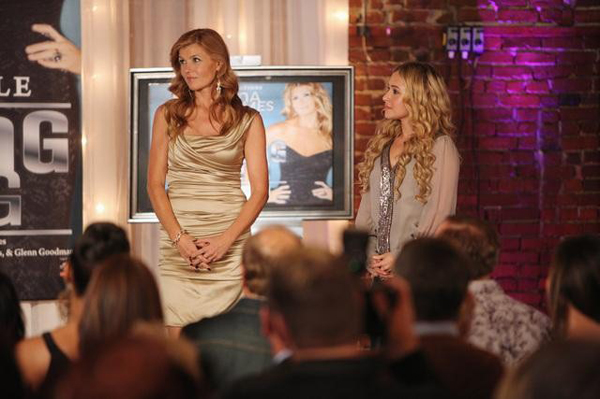 It’s good to be Rayna James right now: She’s all anyone can talk about, thanks to her hit duet with Juliette Barnes. No matter that Juliette co-wrote the song — all anyone can do is fight over the (back on top) country queen.

And that includes record labels.

An L.A.-based record label is courting her hard, thanks to her sexy co-producer Liam. It’s obvious he has feelings for her, but she’s still faithful to Teddy.

As for Teddy? Rayna is still keeping him at arm’s length, telling him he’s the one she picked, but she’s still not sure what’s going on.

Must be rough to have so many guys after you, Rayna. Except, maybe not all of the guys are after her: It turns out that Liam is trying to get her to sign on with a new label so he can get his own special imprint. Oops!

Juliette grows up… a little 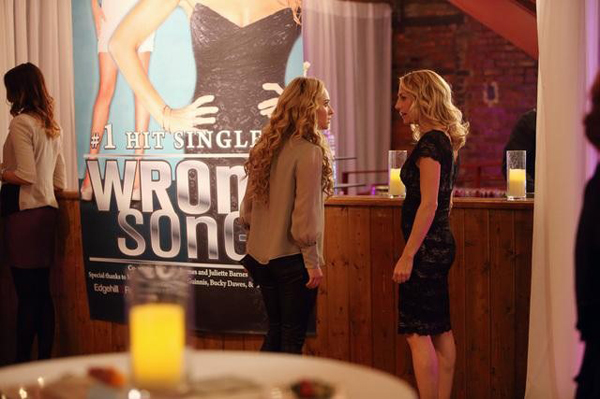 Juliette is used to being the one in charge, but she’s all but invisible thanks to Rayna’s rekindled popularity. She’s obviously jealous, but there’s no time for that now ’cause she has to deal with her mom’s rehab and court date.

And who else is there to vouch for Mama Barnes? None other than the newly unemployed Deacon. Except, he’s not really in any form to comment on someone else’s sobriety, especially since Cy and The Revel Kings gave an interview claiming that their ex-guitarist fell off the wagon.

Seriously, when are Scarlett and Gunnar going to get it on?

For now, we’ll have to settle for them as a musical duo — a testy musical duo. You see, Gunnar’s still worried about his felon brother, especially since his bro absconded and is now a fugitive.

And Gunnar could be on the hook if big bro doesn’t show up soon.

At least they still have music, right? They’ve teamed forces with Avery’s old band — and now Avery knows it. It’s lonely at the “top,” huh?

Deac hasn’t fallen off the wagon, but he comes close one night — conveniently, the same day he has it out with Rayna over their past. Juliette runs over to console him — and, of course, get him to join her band.

His big question: Why does she have so much concern for him, but not her own mother?

Ya think? It’s time to put the past behind you, Juliette — and she’s finally realizing it (for now).

Oh, and as for that offer to join Juliette’s band? Deacon finally took it.