Adam Levine is hosting Saturday Night Live! (It’s okay if you swooned just then. We did, too.) Prediction: Our favorite funny guy musician is going to blow ’em away. 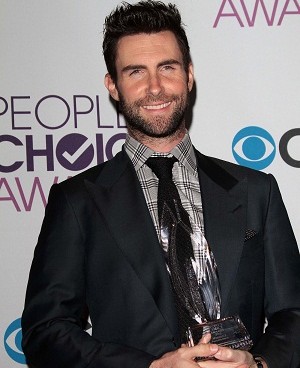 As Bobby Moynihan points out, Adam Levine recently appeared on Saturday Night Live as a musical guest with his band, Maroon 5. Now he’s back to play host. What’s next?

“Sleep with a cast member,” is Adam’s answer.

It’s all fun and games, though. Levine may be a musician, but he’s also one funny guy. If you’ve seen any episodes of The Voice, you know what we’re talking about. Levine is snarky and sarcastic with great facial expressions. (And we’re pretty sure we’d notice that even if we weren’t obsessed with that beautiful face.) He’s kept us laughing on The Voice and these promos will keep us giggling through the rest of the workweek, too.

What can we say? He brings out the best in Bobby!

We’re so excited to see Adam host the show. We’re hoping he’ll find a way to hit some high notes, of course. We also hope they find a way to incorporate some shirtless scenes. (That’s not too much to ask, is it?) We’re sure whatever they do with him, it’ll be funny.

Saturday Night Live‘s musical guest for the evening is Kendrick Lamar. Lamar is a 25-year-old rapper from Compton, California. At the age of eight, after witnessing his idols Tupac and Dr. Dre record the music video for “California Love,” he was hooked. He released his first mixtape at 16 years old. Lamar’s second studio album, good kid, m.A.A.d. city, was released in October of last year and received critical acclaim. It also made multiple “Best of 2012” lists.

To catch Lamar, Levine, Moynihan and the rest of the SNL gang in all their glory, be sure to tune in to Saturday Night Live. Same silly time, same silly place.