If you were expecting Parenthood to return for a fifth season, it might be best not to get your hopes up. Showrunner Jason Katims still hasn’t gotten the official word yet. Eek! 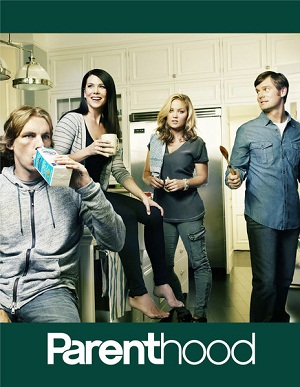 Everyone hold hands and start sending good vibes toward NBC studios — vibes of love and familiarity about The Bravermans. They need it. NBC has yet to decide if it’ll renew Parenthood for a fifth season. Talk about a stressful situation!

When The Hollywood Reporter asked showrunner Jason Katims about the series finale and whether or not Parenthood would return for Season 5, he wasn’t sure.

“We’re still really waiting to hear whether we have a fifth season,” Katims told THR. “And I don’t think that decision will be coming anytime soon because now the networks are very involved with their pilot orders and that’s where their focus is at the moment. I don’t expect any information on that for awhile. I’ve not had any conversations about any changes to the show.”

If anything can save the show, though, it’s Parenthood fans.

“I feel like not only are Parenthood fans passionate but that passion has grown over the run of the show and people got more invested as the show has gone on. That really does help keep shows on the air,” Katims said.

He’s right, too. Who knows how long Community would have lasted if it weren’t for its incredibly devoted fans?

As for what we can expect when/if Parenthood returns, Katims says he’s still playing around with ideas. He reminded THR that the show always skips time a little bit. You’ll never catch Parenthood returning after a summer as if it’s the day after last season’s finale. He teased with the idea of Drew starting college,  but admitted he’s not quite sure.

“I’m still figuring it out,” he freely admitted.

And that’s okay because, as Parenthood fans know, he has plenty of time. We’re always the last show picked up.

To find out what he has to say about where our favorite Bravermans’ story lines might lead, head over to THR‘s entire interview.