On Wednesday, it was announced that Adele will perform the theme song to the James Bond film Skyfall for the first time live at the 85th annual Academy Awards. 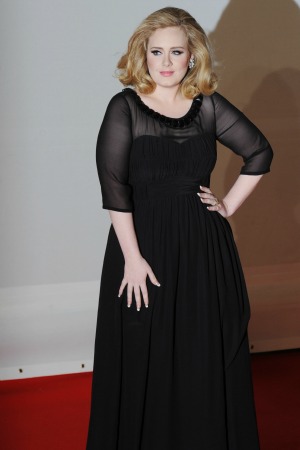 The show is a month away, but the 85th Annual Academy Awards is shaping up to be a must-see event this year. After The Academy announced last fall that Seth MacFarlane would helm the show, there has been a renewed interest in a show that audiences often found stale or tired.

This year, executive producers Neil Meron and Craig Zadan, are filling the show with music and performances. When SheKnows spoke with them at the morning of the Oscar nominations, Meron mentioned “blowing some of the cobwebs and dust away.”

That prediction seems to be holding true, as the Oscar-nominated Adele was announced as a performer at the Feb. 24 ceremony. She will be singing the theme song to the 2012 James Bond movie Skyfall. The singer is nominated in the Best Original Song category along with co-writer Paul Epworth.

In a statement released on Wednesday, Adele said, “It’s an honour to be nominated and terrifyingly wonderful to be singing in front of people who have captured my imagination over and over again. It’s something I’ve never experienced and probably only ever will once!”

This will mark the first time the song has been performed live, since the Golden Globe winner has been on maternity leave taking care of her new baby boy. The song is also the first Bond theme to debut on Billboard’s Top 10. Plus, the Academy has not nominated a Bond song since 1981’s For Your Eyes Only.

Her performance is in addition to the celebration of James Bond films to mark the series’ 50th birthday at the Academy Awards.

Now that Adele is checked off the list, we are still waiting for the rumored announcement that the Les Misérables cast will perform. Fingers crossed.