Justin Timberlake is continuing his return to music with an appearance at Directv’s Super Saturday Night on Super Bowl eve. 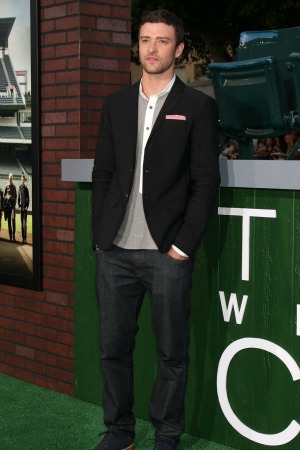 When Justin Timberlake said he was going to return to music, he wasn’t kidding. Besides releasing his new single “Suit and Tie” with hip-hop superstar Jay-Z, Timberlake will be back onstage performing the night before the Super Bowl.

Here’s the catch, though: We aren’t invited.

On Saturday, Feb. 2, Directv is hosting their Super Saturday Night which will be a private, invitation-only event featuring Timberlake, DJ Questlove spinning tunes and Mark Cuban‘s AXS TV. The evening will benefit Shriners Hospitals for Children.

Even though the hot nightclub event is closed to the public, there are definitely ways to spot the celebrities in New Orleans for Super Bowl weekend. The Timberlake event is going to run in conjunction with Directv’s Celebrity Beach Bowl.

The daytime event will pair up Hollywood stars and former NFL players in a crazy game of flag football. The list of stars set to appear include Chace Crawford from Gossip Girl, Peter Facinelli of Nurse Jackie, Josh Hutcherson of The Hunger Games and Nina Dobrev of The Vampire Diaries.

On the athlete side, there are some big names set to play in the game, including former NY Giant Jesse Palmer, Heisman Trophy winner Eddie George, Olympian Lolo Jones and NFL Hall of Famer Deion Sanders.

This is the seventh year for the Celebrity Beach Bowl and the event is open to the public, so head on down to the DTV SuperFan stadium if you want to spot Ian Somerholder or Matt Bomer‘s muscles on the field.